Just when you think you’ve seen it all, some crazy new Trump stunt gob-smacks you back into stupefaction. The latest comes via EPA Administrator Andrew Wheeler, who penned an op-ed in USA Today entitled “One Trillion Trees Initiative will build on President Donald Trump’s commitment.”

Reading the piece, it is not clear precisely what is the Trump commitment (shrubbery?). Perhaps that is because Wheeler makes this curious pitch without once using the words “climate change.”

Also unanswered is where these trillion trees will be planted.

More fundamentally, this grand gesture ignores the fact that even a trillion trees cannot store enough carbon to head off dramatic climate changes this century.

Nor is it likely that a trillion trees could offset the increased emissions just from recent Trump moves to scrap the Clean Power Plan, end restrictions on methane emissions, and expand oil and gas drilling. The current rise in U.S. greenhouse gas emissions also gives the lie to Wheeler’s past claims that Trump’s deregulatory approach was curbing these emissions.

What is even harder to take is Wheeler’s boast that “we are fulfilling our mission of protecting human health and the environment” and he is working “to ensure that all Americans have access to clean air, safe drinking water and sustainable land.” In fact, air pollution is getting worse, any U.S. lakes and streams are polluted, and compounding all this is a Trump plan to gut the Clean Water Act that will endanger access to clean water for a majority of Americans.

In reality, the Trillion Trees initiative is way to give Republicans eco-cover as they continue to tout fossil fuels. It is like then-Speaker Newt Gingrich’s support of zoos to show he was really an environmentalist at heart.

Of course, political appointees are supposed to toe the line but toeing the line does not require toadyism – except in Trump world.

When this administration is over, cleaning up and re-orienting EPA will be a national, if not global, priority.  This transformation is an enterprise PEER is uniquely positioned to undertake. Join Us! 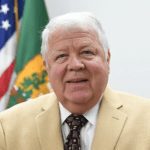 Where’s Waldo?  Throughout the Trump presidency, the National Park Service has yet to have a Senate-confirmed Director.  Instead, it has had a series of deputies supposedly exercising the authority of director. The longest tenured of these “actings” was P. Daniel Smith, a long-time political operative with a shady past.

In September, Smith was put out to pasture with a sinecure as a “Commemoration Specialist” (kid you not) based in his hometown of Cary, North Carolina. He was supposed to telecommute to a duty station, but no one has seen hide nor hair of him.  Such a lax arrangement violates the telework restrictions NPS put in place last year – under the aegis of (guess who?) Danny Smith. PEER has asked the Inspector General to investigate.

But ghost employees at NPS are becoming common as two-thirds of the top NPS slots still lack a permanent official – an unprecedented leadership vacuum in a bureaucracy badly adrift. 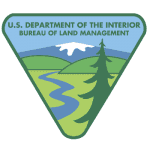 The Appearance of Staff. The U.S. Bureau of Land Management has moved its Headquarters out of the nation’s capital to Grand Junction, Colorado. Despite fervid denials, media reports indicate BLM is having trouble filling the Grand Junction job (many of the DC-based BLM employees have transferred or retired). To counter that impression, BLM is moving temporary workers into the new Colorado office to give what one called “the appearance of staff.”

However, the rationale for the move was to bring decision-making closer to the resources.  In an early tests of this thesis, PEER discovered that HQ staff in Interior based in DC overruled BLM field staff on a planning template for much of southwest Colorado. This reversal disregarded objections from Colorado’s Governor, affected counties, tribes, and even sister federal agencies. 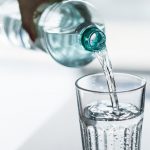 Flunking the Flint Test. After the public health crisis in Flint, Michigan, EPA vowed to take decisive steps to prevent its recurrence. Six years after the lead contamination debacle, EPA rolls out a belated plan that is so limited and loophole-ridden as to be almost worse than nothing. Addressing the nation’s growing water quality gaps will become infinitely harder should the Trump plan to gut the Clean Water Act come to pass. PEER is already on the barricades for this fight.