EPA’s Bad Chemistry Is Killing Us

In America, all chemicals are considered harmless until proven otherwise. That has allowed toxins to rack up high body counts before they are restricted or outlawed.

By contrast, Europe, Japan, and other developed countries ban many chemicals that still flow freely though the stream of American commerce. That difference is a function of the fact that the basic U.S. chemical law, is decades old and did not account for the thousands of new chemicals introduced every year. 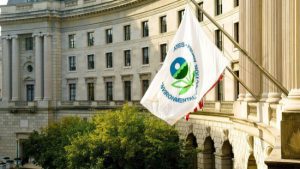 That was supposed to change with the enactment of the Frank R. Lautenberg Chemical Safety for the 21st Century Act (named after the late New Jersey senator who championed TSCA reform). That law, among other things, mandated EPA conduct risk-based chemical assessments for existing chemicals under a schedule of enforceable deadlines.

As it was enacted in June 2016, implementation of the Lautenberg amendments was left to the Trump administration – with predictable results. To head up this effort, Trump brought in Nancy Beck, the poster-girl for the American Chemistry Council. She, in essence, turned these chemical risk assessments into industry sock puppets.

To address growing bipartisan concern that one of the biggest environmental reforms of the past decade was going astray, Congress arranged for the National Academies of Sciences, Engineering, and Medicine to evaluate EPA’s performance. That report came out this week – and it was utterly scathing. The National Academies found that the EPA reviews completed so far failed every measure – “failing at being comprehensive, workable, objective, and transparent.”

“EPA is not using, and will not again use, the systematic review approach that was reviewed…EPA is committed to following an open and transparent process [and] expects to publish and take public comment on a TSCA systematic review protocol that will adopt many of the recommendations in the Academies’ report later this year.”

Given the statutory deadlines for these assessments, EPA is tasked with a job akin to overhauling a jet engine mid-way as it flies from New York to LA. To accomplish this, EPA will also have to overcome internal tendencies that have ossified over, not just years, but decades, notably –

If EPA is going to start embracing transparency, a good way to start would be releasing this long-overdue formaldehyde assessment.

In short, EPA needs to significantly up its game well beyond its pre-Trump standards.

As millions of lives, especially those of American workers, remain at risk, the stakes could not be higher. We cannot afford to wait much longer for EPA to transcend its old habits and finally become a 21st century regulator.