Thanks to a seminal Supreme Court ruling in 2006, public employees at all levels have no – as in zero – First Amendment free speech rights when in their role as public servants.  This because, the court reasons, government owns their speech.  Only by stepping outside that role and acting as a citizen does one regain those free speech rights. 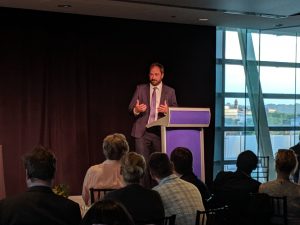 The pendulum is beginning to edge back as the Supreme Court recently ruled that public employees testifying in court have free speech rights even when the testimony is solely about their public service. In addition, state constitutions contain free speech safeguards which are interpreted more broadly that the U.S. constitution.

The one area the Court free speech ruling leaves undisturbed is inside academia and the nebulous realm of academic freedom, leaving the limits of free speech in an academic setting to be determined on a case-by-case basis.

This does not confer a blanket free speech right on academics, however. Instead, the concept of academic freedom plays out as a factor in how a university makes decisions about tenure, discipline, award of grants and other academic matters.