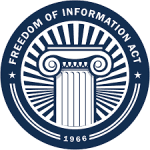 The Freedom of Information Act, or “FOIA,” is the federal government’s promise that public records made in the conduct of public business are just that: public. It requires that any federal agency fully or partially disclose information and documents controlled by the United States government upon request. PEER uses FOIA to obtain records that we believe contain evidence of wrongdoing by government agencies against the environment, protect public employees whose careers are in jeopardy or might be if they leaked documents to us directly, and to disinfect corrupt behavior with sunlight. PEER has a long history of litigating against the government, assisting environmental allies, and exposing secret crimes against nature through FOIA, with dozens of successful cases against almost every agency in the federal government. We post materials obtained through FOIA on our website and share them with the press to make sure that the public sees all of the records that belong to it.

Each federal agency has its own records management system developed subject to the oversight of the National Archivist under the standards of the National Archives and Records Administration Act. The unlawful removal or destruction of federal records is a crime punishable by criminal or civil penalties, fines and/or imprisonment. (18 U.S.C. 2071)

All 50 states also have public information laws, which PEER tracks and you can learn more about at [link]. If you have questions about how you can use FOIA to obtain public records you can learn more at foia.wiki and if you have a sensitive environmental matter which you think PEER should be aware of you can speak to one of our attorneys.

Citation: The Freedom of Information Act (FOIA), 5 U.S.C. § 552, is a federal freedom of information law.

November 18, 2022
The National Park Service is drowning in FOIA requests - the backlog has nearly doubled during the past two years.
Read More

May 12, 2022
Government agencies are coming up short in their stewardship of environmental information, and that is having real ...
Read More

January 19, 2021
The Trump Administration went out of its way to violate “good government” laws and norms. Here's a list of their ...
Read More

Lawsuit on Why Employee Rating of Trump Appointees Ended

August 6, 2018
EPA Asking Its Climate Experts if They Know of Any Alternative Science
Read More

A FOIA Delayed Is a FOIA Denied

Government Reorganization in the Dark

EPA’s Pruitt Sued to Back up Climate Change Claims

The Myth of Transparency in the Obama Era

March 11, 2010
Agencies Continue to Cling to Internal Files Even in the Face of Litigation
Read More