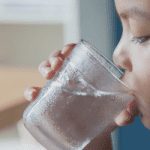 Our current efforts include focusing on removing lead and copper from drinking water, pressuring states and the federal government to develop standards for a class of toxic chemicals called PFAS, known as “forever chemicals,” and minimizing pharmaceuticals and other contaminants in drinking water.

January 5, 2023
The new regulations repeal a Trump-era rule, called the “Dirty Water Rule” by many, that left millions of acres of ...
Read More

February 10, 2022
PEER continues to work to compel Exelon Corp., owners of the Conowingo Dam, to clean it up and mitigate the ...
Read More

January 7, 2022
DESCRIPTION: Letter to MPCA regarding the impaired waters list, to consider expanding the type and levels of PFAS ...
Read More

January 13, 2021
The strength of pollution regulation in the U.S. relies on enforcement, and the agency in charge is falling down ...
Read More

September 4, 2020
Kyla Bennett testified in front of the Colorado Oil and Gas Commission to require a robust analysis of the impacts ...
Read More

May 27, 2020
Spills Risk COVID Exposure Yet No Abatement or Enforcement
Read More

Massachusetts Issues Permit for PFAS It Is Fighting

Arid New Mexico To Get Much Drier Under Trump Plan

August 1, 2019
Impact of Proposed Waters of the U.S. (WOTUS) Redefinition on Wetlands and Waters in New Mexico
Read More

July 16, 2019
As two PEER staffers, we are here to let you know some of the water issues we are working on and why we are ...
Read More

March 5, 2019
Army to Give Both Immediate Relief and Long-Term Treatment for Hard-Hit Town
Read More

December 10, 2018
Most Waters and Wetlands Would Lose Legal Protections against Pollution and Fill
Read More

Drinking Water for Third of U.S. in Legal Tug-Of-War

August 17, 2018
More Than Half of U.S. Rivers and Two-Thirds of Lakes and Reservoirs Impaired
Read More

February 28, 2018
An anthropologist in the University of Michigan-Dearborn's Department of Behavioral Sciences, Brian works as an ...
Read More

January 15, 2013
Legislation Would Limit Science That Could Be Used for Risk Assessments
Read More

Most U.S. Waters Are Polluted and Getting Dirtier