PEER is fighting EPA’s latest toxic whitewash – this time it involves per- and polyfluoroalkyl substances (PFAS). 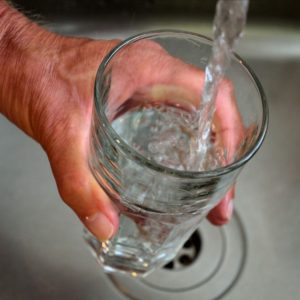 PFAS are known as “forever chemicals” due to their persistence in the human body and the environment. They are a family of chemicals with direct links to cancers, suppression of the immune system, motor disorders in children, obesity, endocrine disruption, and liver and thyroid diseases.

Last year, Congress held a series of remarkable hearings focused on the dangers of PFAS and the role of the industry and the military in contaminating Americans’ drinking water, groundwater, air, and food supplies with these chemical compounds. Victims and community leaders testified about the devastating damage PFAS pollution was causing to their health and their communities.

The hearings came on the heels of the release of a movie, The Devil We Know, a documentary about a cover-up spanning decades as dishonest and cruel executives at Dupont lied to folks about the dangers of PFAS, while knowingly poisoning their workers and the neighbors at a PFAS plant in West Virginia. They then tried to grind them down through protracted litigation when they asked for compensation for their harm.

EPA’s reaction to legislators during this remarkable time was – don’t worry, we have you covered. After all, in February, then acting Administrator Wheeler announced a “historic” PFAS action plan that described “EPA’s approach to identifying and understanding PFAS, approaches to addressing current PFAS contamination, preventing future contamination, and effectively communicating with the public about PFAS.”

Despite the lofty pronouncement, the PFAS plan was a dud – it failed to set any deadlines, did not address PFAS pollution in surface waters or air emissions, nor did it propose a process to set standards for the disposal of waste and products contaminated with PFAS.

Not surprisingly, the plan’s few worthy goals, such as setting safe drinking water standards and putting PFAS–contaminated waste sites under the Superfund clean-up law, have gone nowhere.  In fact, the Trump administration has threatened to veto bipartisan legislation that would designate two well-studied PFAS – PFOA and PFOS – as “hazardous substances,” effectively ending that effort in Congress.

So what is EPA’s latest toxic whitewash that PEER is fighting?

In early January, as we examined the failed action items in EPA’s PFAS Action Plan, we noticed an item that has escaped most people’s attention – EPA said it would partner with ECOS [Environmental Council of States] to build an interactive map to provide users with easy access to publicly available data on potential PFAS sources and occurrence, and finish this effort in 2019. As former EPA attorneys, we knew this would be a gold mine – after all, EPA collects its own monitoring information and monitoring data from states and citizens. EPA has discharge monitoring reports for water discharges, air monitoring data and studies, inspection reports, and a slew of other information on PFAS sources.

EPA also has current and historical data on manufacturing and production facilities – areas that are at high risk of contamination. All this information enables states, tribes, and communities to use the best available data to guide PFAS management decisions and for the public to understand the true magnitude of the PFAS problem.

As an organization that seeks to pry information from agencies like the EPA, PEER asked the EPA for records on the map under the Freedom of Information Act (FOIA) after it missed its 2019 deadline. EPA, true to form, delayed its response to our FOIA request. The agency represented that it was ready to give us the information that we asked for in May, then asked for more time for a final check, then did the same thing in June, and in July, and in August finally stopped telling us anything at all.

This is really not surprising. EPA is now in the disinformation business. Part of disinformation is hiding information that runs counter to EPA’s political narrative that, in the words of Administrator Wheeler, “Under President Trump’s leadership, we continue to clean up the air, clean up our water & clean up our land” and “EPA is operating in the best interest of all Americans.”