BLOG | What is the EPA Hiding?

Last week PEER filed two new lawsuits against the EPA for violations of the Freedom of Information Act (FOIA). PEER requested information months ago about revisions to EPA’s Environmental Appeals Board regulations and the long delay in the creation of a nationwide map of PFAS pollution. EPA made initial efforts to respond to PEER’s FOIA requests but now seems more interested in keeping the public in the dark about why these changes were really made.

The Environmental Appeals Board (EAB) is a body within EPA that, among other things, resolves disputes between those seeking permits to pollute an area and local communities. It hears those disputes and issues rulings with precedential effect over the rights and interests raised in those disputes in ways not dissimilar to courts. EPA proposed a rule last December that would, in the agency’s words, “modernize and streamline” the EAB. In reality, the rule, now finalized, allows the Administrator, not the judges, to issue final legal findings and decide whether an EAB decision is precedential. It also limits terms of the judges to 12 years, prevents the EAB from issuing opinions on matters beyond the immediate dispute, and imposes unrealistic timeframes on the judges and local communities. If that weren’t enough, new procedures allow polluters to skip the EAB entirely in many cases. 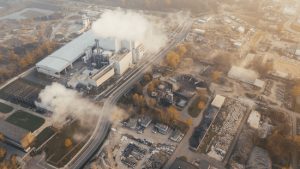 It is a rule written for polluting industries. That is why PEER requested records of EPA’s communications with industry lobbyists about this rule because the public has a right to know whether the same industries poisoning the air, water, and soil that we live in are rewriting the rules that are supposed to protect us. FOIA requires that EPA provide us with any records responsive to our request within 20 working days, and PEER’s request was almost five months ago.

PEER also sued the EPA over its failure to provide us with records concerning its efforts to inform the public about the extent of per-/polyfluoroalkyl substance pollution in the United States. These substances appear in everything from carpeting to Teflon to waterproof jackets to microwave popcorn bags. They persist in the environment and the human body perpetually: every living person is thought to have a measurable amount of PFAS in their body. PFAS can cut our lives short with cancers, endocrine disruption, and other new maladies we discover every year.

To address the threat posed by PFAS, EPA announced its PFAS Action Plan two years ago. One of the steps in that plan was the development of an interactive map that would show sources and concentrations of PFAS in the environment. The map was due for release in 2019 but has not seen the light of day.

Fearing that once again the EPA was smothering the public’s health under the profit margins of wealthy polluters, PEER asked the EPA for records concerning the delay of the release of that interactive map. EPA, true to form, delayed its response to our FOIA request as well. The agency represented that it was ready to give us the information that we asked for in May, then asked for more time for a final check, then did the same thing in June, and in July, and in August finally stopped telling us anything at all.

For these reasons PEER has no choice but to resort to the courts to hold accountable an agency that is supposed to care about the public and the world over private profits, but which has manifestly failed to do so. EPA is hiding something, and we will find it.