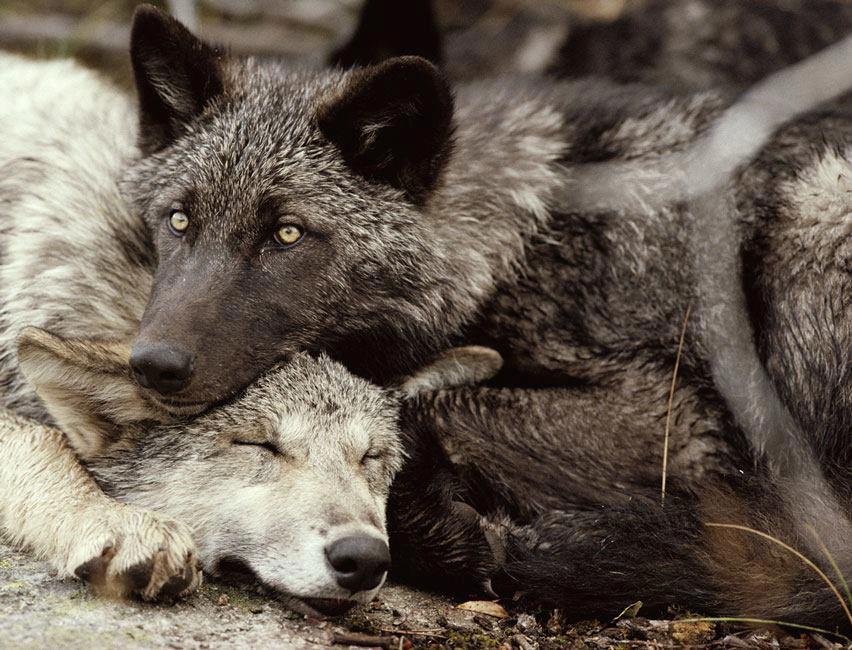 Having been eradicated from the lower 48 states due to unfettered hunting during the early twentieth century, gray wolves (Canis lupus) have been a hallmark species for the success of the Endangered Species Act. More than twenty years after being listed as an endangered species, whose recovery is mandated under the ESA, in 1995 gray wolves were re-introduced to Yellowstone National Park from Canada. Over the past 22 years of ESA recovery protections, the gray wolf population has swelled from 31 to 1,782 in the Northern Rocky Mountain region. Though far from fully recovered, political pressure has been rising to reintroduce legal wolf hunting throughout much of its range despite continued evidence that such hunting severely hampers recovery efforts while providing little benefit to livestock ranchers.

Having been extirpated in Washington nearly a century ago, the gray wolf (Canis lupus) began returning to the wild lands of eastern Washington in 2009. The Endangered Species Act protections afforded to the population of wolves reintroduced into Yellowstone were so successful that their population levels have begun to rise and the wolves have begun returning a level of ecological balance to their ancestral habitats. However, their continued recovery is being threatened by disregard for and suppression of scientific research, as well as expedited state-sponsored slaughter on behalf of ranching interests.

Studies have shown that non-lethal conflict avoidance is also safer for humans and livestock, as well as the wolves.

In August of 2016, Washington Department of Fish and Wildlife (“WDFW”) killed nearly 10% of the state’s endangered gray wolf population at the behest of the state’s largest rancher

One of the continent’s leading experts on wolf-livestock interactions faced heavy academic and political pressure for his research.

November 2, 2022
A science-based approach to wolf and predator management is the key to restoring ecological balance in America’s ...
Read More

January 25, 2022
Coffee Talk Webinar Series, Episode 1: A virtual conversation about wolves and policy in the US in 2022. Watch the video!
Read More

PEERMail | A New Year and Wolves on the Edge

January 17, 2022
Protecting wildlife will be a significant part of our work in the new year, starting off with a webinar on ...
Read More

December 13, 2021
The Biden Administration's pick to lead the Fish and Wildlife Service, Martha Williams, seems to be lacking in the ...
Read More

October 27, 2021
Petition to Sec of Interior to disqualify states from receiving wildlife restoration funding if they allow hunting ...
Read More

September 30, 2021
We aim to stop federal support for state programs that encourage slaughter of predators by reinforcing "healthy ...
Read More

September 22, 2020
PEER and 70 conservation organizations have endorsed the concept of the restoration of the gray wolf to Colorado, ...
Read More

Chances of Seeing Denali Wolves in the Wild Now Remote

Politicized Science The Bane Of The Mexican Wolf

May 14, 2018
Rob is one of the continent’s leading experts on wolf-livestock interactions. His pioneering research on wolves ...
Read More

May 16, 2017
Washington Rancher Wiped Out 15% of State’s Wolves in Violation of Federal Rules
Read More

May 9, 2017
War on Wolves and Science Having been eradicated from the lower 48 states due to unfettered hunting during the ...
Read More

May 9, 2017
As gray wolves return to their native habitat, some livestock operators have voiced alarm. These concerns can be ...
Read More