War on Wolves and Science

Having been eradicated from the lower 48 states due to unfettered hunting during the early twentieth century, gray wolves (Canis lupus) have been a hallmark species for the success of the Endangered Species Act. More than twenty years after being listed as an endangered species, whose recovery is mandated under the ESA, in 1995 gray wolves were re-introduced to Yellowstone National Park from Canada. Over the past 22 years of ESA recovery protections, the gray wolf population has swelled from 31 to 1,782 in the Northern Rocky Mountain region. Though far from fully recovered, political pressure has been rising to reintroduce legal wolf hunting throughout much of its range despite continued evidence that such hunting severely hampers recovery efforts while providing little benefit to livestock ranchers. 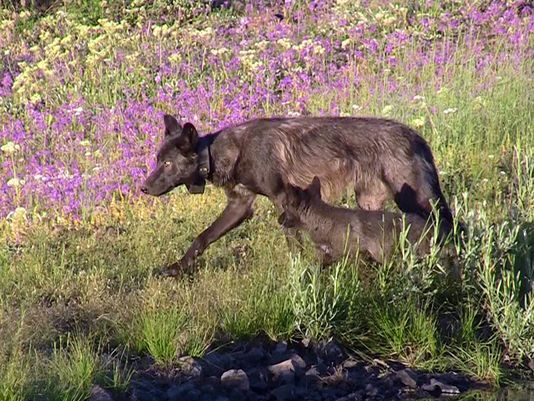 Having been extirpated in Washington nearly a century ago, the gray wolf (Canis lupus) began returning to the wild lands of eastern Washington in 2009. The Endangered Species Act protections afforded to the population of wolves reintroduced into Yellowstone were so successful that their population levels have begun to rise and the wolves have begun returning a level of ecological balance to their ancestral habitats. However, their continued recovery is being threatened by disregard for and suppression of scientific research, as well as expedited state-sponsored slaughter on behalf of ranching interests.

At the forefront of this fight is the political suppression of the research on wolf-livestock interactions undertaken by Dr. Rob Wielgus and the Large Carnivore Research Laboratory at Washington State University. Due to political pressure placed upon the administration of the University by cattlemen’s organizations and a local state representative, the College of Agriculture has placed limits on the speech of Dr. Wielgus and his lab concerning wolves, removed grant funding from Dr. Wielgus, and subjected him to a series of wrongful disciplinary actions as a means of forcing silence on lethal control issues, oftentimes at the behest of a local Republican legislator.

As gray wolves return to their native habitat, some livestock operators have voiced alarm. These concerns can be put to rest by effective non-lethal control programs.

In Washington State, for example, the Legislature launched an effort to better understand wolf-livestock interactions as well as the effectiveness of control techniques, under the auspices of Washington State University’s Large Carnivore Conservation Laboratory. The resulting non-lethal control program is funded by the state Department of Fish and Wildlife in conjunction with the U.S. Forest Service and U.S. Fish & Wildlife Service. It assists ranchers in employing simple but effective measures to prevent livestock/wolf interactions.

And these methods work.

State-funded research concludes that “[i]mproving husbandry practices around wolf territories during high risk seasons is one of the leading factors in reducing wolf depredations.”

Preliminary results in Washington show that:

Non-lethal conflict avoidance is also safer for humans and livestock, as well as the wolves. Moreover, lethal control is not an effective long-term region wide solution to livestock depredation and has unwanted side-effects, such as increasing illegal poaching. 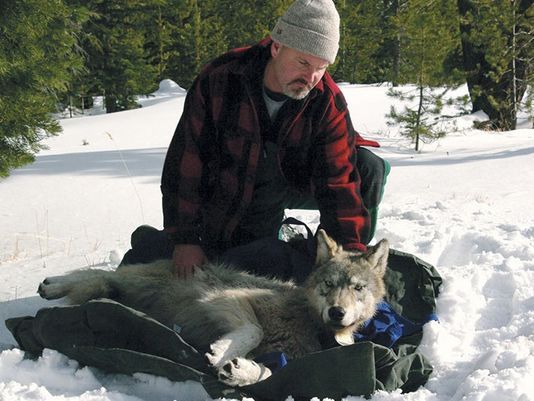 Researchers are learning more all the time, and the WSU Large Carnivore Conservation Laboratory is poised to publish a comprehensive study of eastern Washington wolf interactions since their re-entry to the state in 2009.

But this growing body of knowledge is in danger of being trumped by irrational hatred of the wolf and blanket opposition to their place in the natural order. Help support rationality in large carnivore recovery.

In August of 2016, Washington Department of Fish and Wildlife (“WDFW”) killed nearly 10% of the state’s endangered gray wolf population at the behest of the state’s largest rancher – Diamond M Ranch – against the professional recommendations of wildlife biologists. This is the third employment of lethal control by the state since the 2012 and the second at the behest of Diamond M Ranch.

During the past several years of Washington’s fledgling wolf management program, WDFW, with the cooperation of the Large Carnivore Conservation Laboratory at Washington State University, has developed a list of best management practices for livestock ranchers within eastern Washington to avoid depredation by wolves. Field research indicates that the most effective means to prevent conflicts are non-lethal control techniques; these include range riding to keep cattle separated from wildlife, guard dogs, livestock radio-collaring, flagging particular areas, use of light or sound devices to scare away wolves, putting out calves when they are older and larger, and fencing of grazing areas. Ranchers that agreed to employ these conflict prevention techniques and signed WDFW’s Cooperative Damage Agreement would then be compensated for any incidental livestock losses. With a large number of participating members enrolled in this nascent program, taxpayers of Washington have compensated ranchers for a total amount of $75,351.50 for 10 depredations events between 2012 and September 2016.

While grazing their cattle on a 30,000+ acre tract of public Forest Service land near Profanity Peak, Diamond M Ranch elected to install salt block attractants within a short distance of roads and 200 yards from a known wolf den in violation of their Forest Service grazing permit. The wolves acted as predicted and a series of cattle depredations occurred in the summer of 2016.

Having previously employed the public resources of the WDFW in 2012 to eliminate the Wedge pack of gray wolves, Diamond M Ranch once more requested that WDFW slaughter the wolf pack at Profanity Peak in lieu of financial recompense. Over the course of several weeks in August and September of 2016, WDFW proceeded to execute 7 wolves of Profanity Peak by means of helicopter snipers and state hunters. These efforts cost Washington taxpayers over $130,000; nearly twice as much as all livestock loss compensation paid by the State since the re-entry of the gray wolf to Washington.