The Unfinished Wilderness Agenda of the National Park System 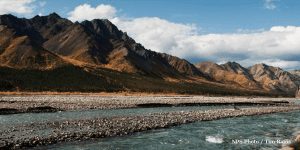 Despite this superlative profile, the National Park Service (NPS) has turned its back on its wilderness. The agency has failed to forward wilderness recommendations to the President, conduct legally-mandated wilderness assessments, prepare wilderness management plans, or take a myriad of other steps necessary to protect wilderness resources.

In an effort to return NPS wilderness to the gold standard for wilderness in America, PEER is pursuing a three-pronged effort to:

Absent wilderness designation, park backcountry is protected only be agencies policies which may be waived. Thus, fulfilling the NPS wilderness mandate will yield several important benefits, such as –

Look at the eleven Steps for Rescuing Orphaned Park Wilderness for the specific actions required to reverse all these abdications of wilderness stewardship.

See the wilderness status of 100 national parks with wilderness capacity with recommended next steps for NPS and Secretary of Interior.

Guided by employees on the scene, PEER is stepping up its interventions to halt wilderness violations committed or condoned by NPS managers. Explore this site to see examples of that work across the park system.

At present NPS devotes less staff time to managing the national wilderness program than any other federal land management agency, even though NPS administers more wilderness acres than any other agency. In the 1970s, NPS had an entire office devoted to wilderness.

The Wilderness Act was enacted in 1964. After more than a half-century, the wilderness structure of the national park system remains significantly incomplete. The leadership at both NPS and its parent agency, the Interior Department, are sworn to faithfully execute the law but have breached this oath when it comes to the Wilderness Act. PEER will continue to work to implement the unfinished wilderness mandate in our national park system. 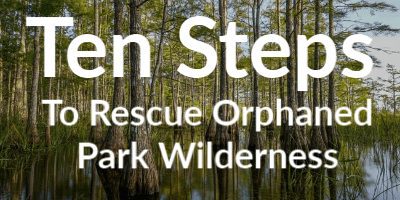 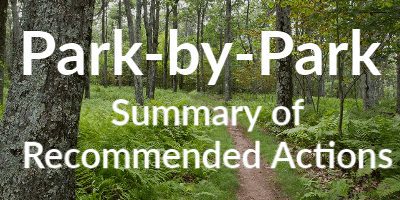 May 17, 2021
Fighting climate change and the extinction crises requires bold federal action on issues such as wilderness ...
Read More

No Sequester for Jet-Skiing in National Parks

July 6, 2012
Bush Proposal Dusted Off and Adopted with Only Slight Modifications
Read More

OLYMPIC PARK PLANS TO SET FIRES IN THE WILDERNESS

PARK OFFICIAL SHOULD BE DISCIPLINED FOR WILDERNESS VIOLATION

May 2, 2005
Will New Park Lands Be Protected for Their Wild Values?
Read More