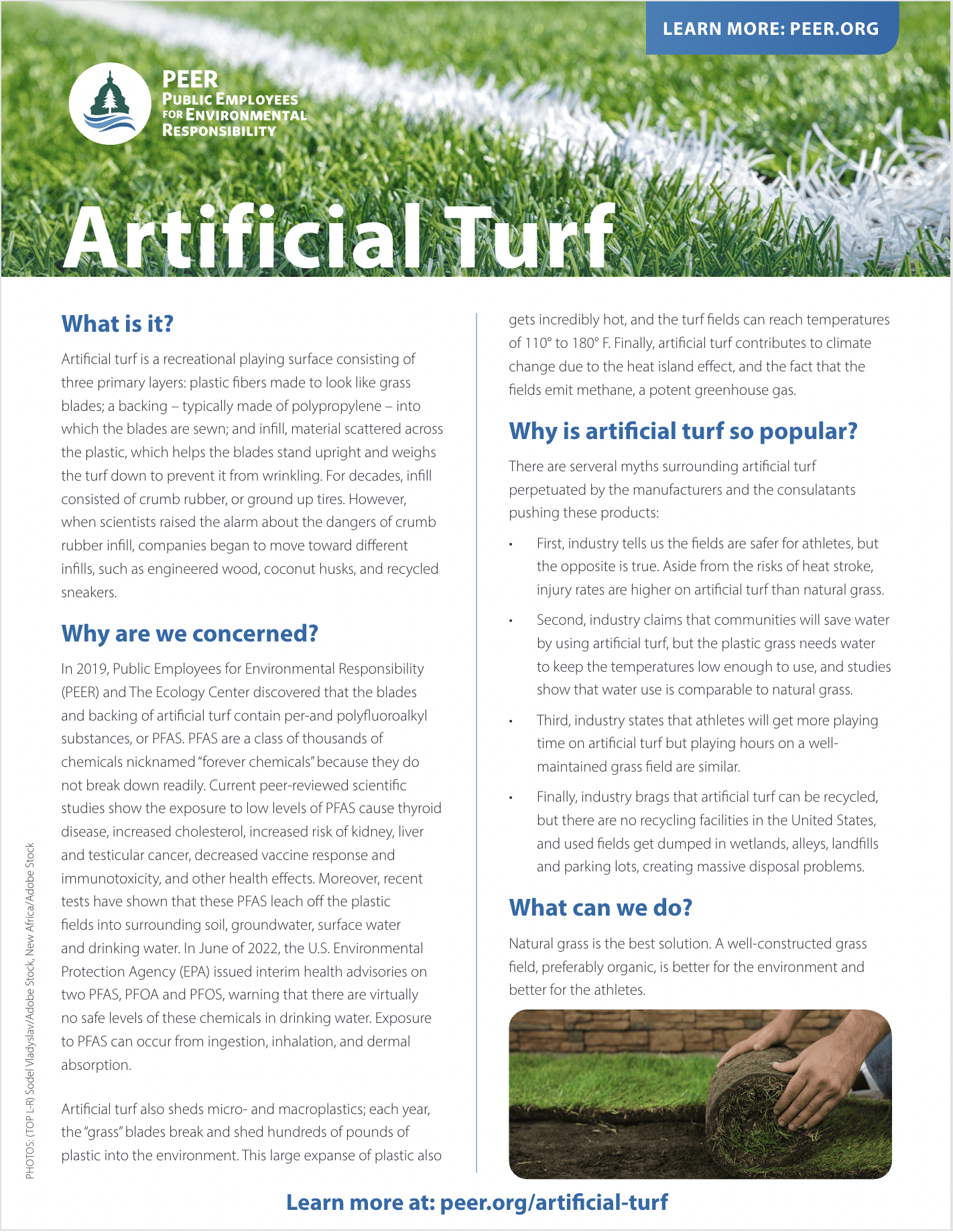 For decades in the late 20th century, tire and rubber companies piled up millions of used tires in unregulated landfills across the United States. Many states prohibited the landfilling of used tires due to the long period it takes them to decay, the propensity for water to pool in tires and create breeding grounds for mosquitoes, and the hazardous chemicals that many of them have been found to contain from strengthening agents and other performance-enhancing chemical additives. Over the last 20 years, the end-of-life tire seemed to find a new role as children’s playground material after it is chopped and ground into “crumb rubber” to be molded into poured in place (PIP) surfaces or used as infill between plastic artificial “grass” blades for athletic fields.

Artificial turf fields are typically made of a permeable synthetic grass-like layer topped by anywhere from 20,000 to 40,000 shredded tires, depending upon the size of the field. Upon impact, the tire crumb releases small fragments of tire crumb into the air where it lodges in athletes’ shoes, clothing, hair and ears. Playgrounds for young children often consist of painted tire crumb. These surfaces have been found to contain dangerously high levels of lead, arsenic, cadmium, chromium, mercury and a number of dangerous hydrocarbons, with potential toxicity to children and athletes. In addition, there are growing concerns about chemical off-gassing, as well as dangerous temperature levels on fields that can become super-heated to as much as 60-80 F higher than the air temperature. Tires are designed to emit heat like this so that the heat does not build up in a tire on the road, but as a play surface it generates heat-stroke and burn hazards to anyone who comes in contact with them.

Nonetheless, there are an estimated 5,000 synthetic turf fields in the U.S. and many more playgrounds using shredded tires, with more being installed each month. 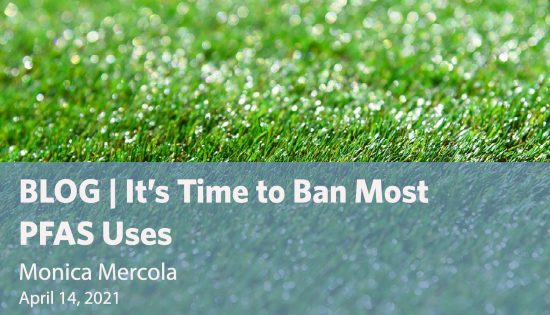 April 14, 2021
Congress needs to step up and ban all but essential uses of PFAS and hold polluters accountable. Every delay in ...
Read More

Industry in a Dither about PFAS in Synthetic Turf

October 10, 2019
Processing aids that contaminate synthetic turf with PFAS may be in other plastic goods
Read More

September 6, 2019
Because of our past involvement with the issue, Amy came to PEER for help bringing worldwide attention to the ...
Read More

EPA Punts on Risks to Children From Playground Tire Crumb

Safety of Shredded Tires in Playgrounds Under Question