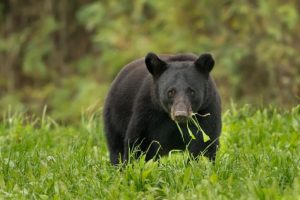 Survival of the Louisiana black bear requires that it regain protection under the U.S. Endangered Species Act. The lawsuit cites mounting threats to the remaining small populations for which existing safeguards are inadequate.

The bear was listed as threatened under the Endangered Species Act back in 1992, but the U.S. Fish & Wildlife Service (FWS) declared it recovered in 2016 and removed its designation of critical habitat made only six years prior. The suit contends this decision was based on false assumptions and shoddy science, such as relying upon recovery corridors that do not connect true native populations. The suit also argues the recovery plan relied on by FWS in its delisting decision puts the bear in greater jeopardy, by ignoring:

Legal Move to Save the Louisiana Black Bear