Washington, DC —Synthetic turf manufacturers are guilty of false and deceptive sales practices in pitching their products as recyclable, according to a complaint filed by Public Employees for Environmental Responsibility (PEER) with the Federal Trade Commission. The complaint seeks FTC enforcement action to end misleading turf manufacturer and vendor claims.

The complaint catalogs examples of marketing pitches that removed artificial turf is recyclable and is being sent to domestic recycling facilities. This not true because:

“Artificial turf makers and vendors use recycling claims as a promotional ploy to portray this product as an environmentally responsible alternative to traditional grass fields – but it is not,” stated PEER Science Policy Director Kyla Bennett, a scientist and attorney formerly with the U.S. Environmental Protection Agency. “The recycling claim for turf is illegal greenwashing.”

Each synthetic field usually covers about 80,000 square feet with roughly 400,000 pounds of infill (often shredded tires). These fields typically have a design life of eight to ten years. There are an estimated 13,000 syn-turf fields in the U.S. Hundreds of fields installed in past decade are at or beyond their life spans, with that total growing each month.

When removed, the old turf is sent to a landfill or, as often appears, is illegally dumped.

In addition, the plastic “blades” coating the fields are found to contain PFAS (per-and polyfluoroalkyl substances), often referred to as “forever chemicals” since they do not break down in the environment. Human exposures to PFAS are associated with cancer, birth defects, and other impairments. Moreover, a safe disposal method for PFAS has yet to be developed. For years, focus was on the toxicity of the crumb rubber infill, but scientists now know that the carpet itself may be even more dangerous.

“Ironically, shredding old tires to serve as infill for artificial fields was originally thought to solve a solid waste problem but doing so simply created new solid waste headaches,” Bennett added. “Both during and after their design lives, these fields leach a brew of toxic chemicals, from lead and arsenic to PFAS, into our soil and waters.”

Look at dumping of old turf 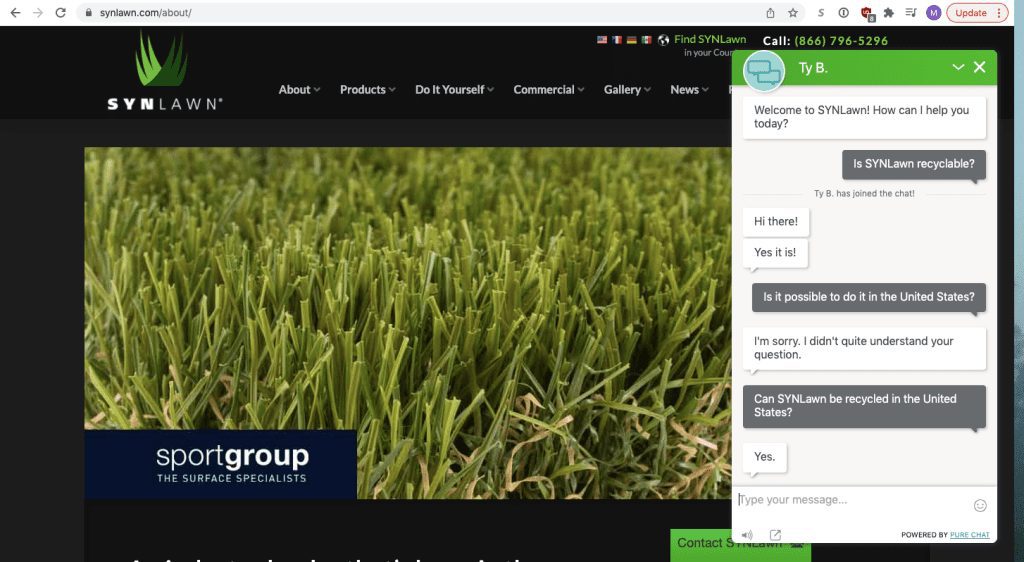