After receiving my Master of Science degree in Wildlife Ecology, I set my sights on getting a job with what I and many biologists considered to be the most prestigious wildlife conservation agency in the world. I joined the U. S. Fish and Wildlife Service (USFWS) in 1975 and proudly served for 24 years as a wildlife biologist under the leadership of credentialed biologists. Credentials matter, and I would not have been hired without mine. That standard applies all the way to the Director of the USFWS as required by federal statute.

The Director of the United States Fish and Wildlife Service shall be appointed by the President, by and with the advice and consent of the Senate. No individual may be appointed as the Director unless he is, by reason of scientific education and experience, knowledgeable in the principles of fisheries and wildlife management. 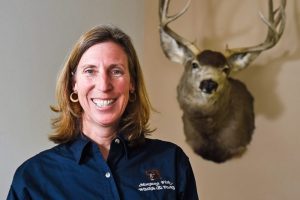 Note that the provision requires both “scientific education” and “experience.” President Biden’s nominee for the job, Ms. Martha Williams, a lawyer, has three years of experience as Director of the Montana Department of Wildlife, which meets the experience requirement. However, she lacks the requirement of “scientific education” in the “principles of fisheries and wildlife management.” Her official resume cites a bachelor’s degree from the University of Virginia and a Juris Doctor from the School of Law at the University of Montana. The subject matter of her bachelor’s degree has not been revealed by the Biden Administration, but in an interview with the Missoulian (Jan 21, 2017, Updated Feb 28, 2017), she acknowledged she is “not a biologist.” Ms. Williams appears to lack the “scientific education” prong of the two-prong legal standard.

A biological education is necessary to making good decisions. Without an understanding of the living world and its fundamental principles, it’s difficult for leaders to consider all the factors that are important, from life cycle needs to ecological relationships, to toxicology, and scientific integrity.

Since the beginning of the Nixon Administration 57 years ago, every confirmed USFWS Director has had biological science credentials; many had M.S. degrees, and one had a PhD. All but two had many years of direct fisheries and wildlife management experience before becoming Director. It is important for the Biden Administration to maintain a commitment to scientifically qualified leadership consistent with Presidential, departmental, and agency policies on scientific integrity.

Laws, regulations, and science-based decision-making matter; and if Ms. Williams lacks the statutory requirement, she should be disqualified from being considered for the position.

In my view, having been Director of Montana Department of Fish, Wildlife, and Parks for 3 years is not sufficient to qualify her to lead the USFWS. State wildlife management objectives and policies are substantially directed at providing fish and game populations for hunting, trapping, and fishing. The USFWS mission is geared toward federally mandated wildlife and ecosystem “conservation,” for example, threatened and endangered species recovery, as opposed to providing large fish and game populations. There is a significant difference.

Ms. Williams performance as the Principal Deputy Director of USFWS has been a mix of good decisions and disappointingly unscientific decisions. I highlight two disappointing decisions here: one involving gray wolves and the other involving hunting on National Wildlife Refuges. 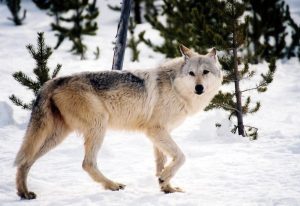 On January 4, 2021, the Trump Administration removed all gray wolves in the U.S. from the Endangered Species Act’s list of endangered species (commonly referred to as delisting), turning management of gray wolves over to the states. This decision was made despite 1.8 million comments submitted by outraged Americans opposing the delisting. Since delisting, we have seen the horror stories of wolves being slaughtered by the hundreds through liberal killing seasons set by wildlife management agencies in Montana, Idaho, Wyoming, and Wisconsin, often by extremely cruel means such as trapping, snaring, and chasing wolves down with hounds. A formal appeal to end the slaughter of wolves has been filed. A request by Tribal representatives (and endorsed by 62 conservation organizations) sent to the Biden Administration in mid-November, a letter sent on July 30th to Secretary of the Interior Deb Haaland by a bipartisan delegation of 85 Congressional Representatives, and a letter signed by 21 U.S. Senators, have all called for the Secretary of the Interior to declare an emergency relisting of gray wolves using her authority under Section 4(b)(7) of the ESA. There are likely other similar requests.

Ms. Williams would have been directly involved in high-level discussions on how to respond to these appeals. Yet, no action has been taken to relist gray wolves and more wolves are being slaughtered in open hunting seasons as I write this blog. No scientific evidence exists to support that the wanton slaughter of wolves serves any legitimate wildlife management purpose. However, there is scientific evidence that reducing wolves below ecologically effective levels degrades ecosystem health and reduces biodiversity. This inaction demonstrates failed leadership and a breach of public trust obligations by Ms. Williams, the Secretary of the Interior, and the Biden Administration.

Also, on his way out, the Trump Administration proposed a regulation to expand hunting on National Wildlife Refuges. In her acting capacity as Director of the USFWS, Ms. Williams oversees all 567 National Wildlife Refuges. This unfinished regulation could simply have been discarded by Ms. Williams, but to the astonishment of the conservation community, she pushed the proposed regulation forward largely unchanged. Her Record of Decision opened an additional 2.1 million acres on 88 National Wildlife Refuges and one National Fish Hatchery to hunting. I and many other scientists and conservation groups submitted detailed comments opposing this expansion of hunting, claiming that it was inappropriate, unethical, and not supported by any credible scientific analyses. Litigation has been filed against the regulation. This proposal was likely supported by state wildlife agencies and organized hunting groups. I am speculating here but believe that substantial persuasive pressure was applied to Ms. Williams by these entities. I saw multiple instances of such pressure from states and special interest groups on federal decision-making in my career with the USFWS. In fact, PEER offered me support for one such instance involving a decision I made regarding recovery of the Mexican gray wolf that was unpopular with state wildlife agencies, resulting in the unplanned end to my USFWS career.

Scientific integrity matters, and perceptions matter for both the morale of agency staff and the confidence of the American public in agency leaders. Experts say that 1 million species are now at the risk of extinction. Addressing the existential threat of a biodiversity crisis driven by the onset of the sixth mass extinction of life on earth, this one human-caused, requires scientifically qualified, trusted leadership at the USFWS. There is no shortage of legally qualified, highly credentialled conservation biologists for filling this vacancy. Would Dr. Fauci have his job or the trust of the American public if he lacked medical science credentials?

My assertion that Ms. Williams is not fully qualified to be the Director of the USFWS does not reflect on her character or her legal credentials and extensive experience as an attorney. There are positions within the Department of Interior for such expertise. In fact, she has held such a position in the past. I am very concerned about the precedent that would be set by the Biden Administration being the first to appoint a Director of the USFWS who lacks the statutorily required “scientific education.”

David Parsons was a U.S. Fish and Wildlife Service wildlife biologist for 24 years and served from 1990 to 1999 as the Mexican Wolf Recovery Coordinator.