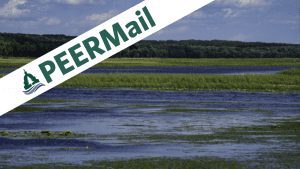 As two PEER staffers, we are here to let you know some of the water issues we are working on and why we are continuing to fight every day against the disastrous ideology that the government should go soft on polluters.

EPA’s embrace of this ideology is laying the groundwork for a full-blown water crisis in this country.  That is why PEER is calling out EPA’s indifference to the toxic PFAS crisis, laying the groundwork to challenge EPA’s effort to slash the scope of the Clean Water Act, speaking up against its proposal to gut the Agency’s budget for drinking water programs, and exposing the Agency’s efforts to suppress information on the major pollution consequences of proposed mining activities.

These actions are part of EPA’s policy of “cooperative federalism,” where states are given more leeway in administering delegated federal laws. Too often this policy results in the wholesale weakening of federal protections while EPA looks the other way. Therefore, we are fighting at the state level, too. In Florida, for example, PEER thoroughly debunked repeated boasts by the Scott administration of widespread compliance with Florida anti-pollution laws.  We found that in Florida’s potable water program, for example, fewer than 42% of the potable water facilities and 52 percent of domestic wastewater facilities were in compliance with rules to protect drinking water.

Florida shows what happens when EPA looks the other way and narrow-minded ideologues take over state environmental agencies. Enforcement and compliance rates drop and state agencies begin to make data up to justify their actions.

EPA’s abandonment of its state oversight role affects the quality of our waters. It gives polluters a free pass and corrodes our governmental institutions. Thanks to your support, we are fighting hard to make sure this doesn’t happen.

PEER has filed a rulemaking petition asking the Department of the Interior to stop “killing contests” of Coyotes and impose reasonable hunting restrictions on mammalian carnivores within the Cape Cod National Seashore. Unchecked hunting of predators disrupts pack structures, threatens the overall health of the species, and upends healthy ecological balances. The park has a legal mandate to maintain a natural balance in wildlife populations but has failed to exercise its legal obligation to do so.  More>>

Changes to Permit Appeals Could Have Huge Impact 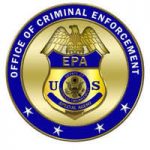 The EPA is planning revisions to the permit appeal process whereby only industry and other permit holders would be able to file administrative appeals on new pollution permits. These changes would remove a critical avenue for states, aggrieved neighbors and communities, and environmental groups to oppose prospective permits, and allow polluters to better game the system to the detriment of public health and the environment. More>>

A new peer-reviewed study shows how two recovery plans for the endangered Mexican wolf came to sharply different conclusions due to political manipulation. The U.S. Fish & Wildlife Service (FWS) skewed terms, changed recovery panel membership, and used other tactics to produce a recovery plan for the highly endangered Mexican wolf that the agency deemed “politically acceptable.” This study has major implications both for the Endangered Species Act and for federal scientific integrity, in general. It also raises doubts about the ability of executive agencies to police themselves. More>>

The chances of corporate polluters facing federal criminal prosecution are lower than any time in a generation, and dropping further with each passing month. By every measure of output, the U.S. EPA’s criminal enforcement program is shriveling, with the lowest levels of production in more than 20 years. Not only are there fewer pollution cops on the beat but, under new policies, Trump appointees make the call on whether criminal cases go forward, meaning that corporate friends of this administration carry a ‘Get Out of Jail Free’ card in their back pockets. More>>