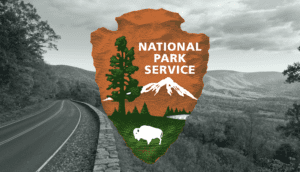 The National Park Service is drowning in unanswered Freedom of Information Act requests. According to the Interior Department’s latest quarterly report, NPS led all other Interior agencies in both new requests and in its backlog of 1,421 unprocessed requests.

This backlog has nearly doubled during the past two years while both the number of requests the Park Service received and its backlog continue to spiral up with each passing month.

By contrast, the Fish & Wildlife Service, which manages more than 500 wildlife refuges and has significant regulatory and enforcement responsibilities (e.g., administering the Endangered Species Act), currently has a backlog of only 347 requests, less than a quarter that of NPS, and that backlog is shrinking while the Park Service’s continues to swell.

What explains the difference?

As an organization that interacts a lot with individual national parks and upper NPS officialdom on a wide variety of issues, we at PEER have some clues. Our anecdotal, unscientific experience suggests several factors are working in concert:

Park officials often regard public records as their own, not the public’s. Here is a good example of how the Park Service fields simple information requests. A colleague of ours was trying to verify the date a right-of-way was issued to Verizon for a cell tower at Bryce Canyon National Park. His email to the regional right-of-way specialist generated this exchange:

“Thank you for your inquiry… Please submit a Freedom of Information Act request to the park Superintendent.”

“I’m a little confused by your response. I’m seeking dates, not documents. Why would I need to submit a FOIA request to obtain a few, simple details of a project approved by NPS in 2020?”

“This procedure is in place to ensure all requests for documents or information are handled in a consistent manner, and also to ensure the Superintendent is directly aware of all activities pertaining to the park unit.”

Thus, one more needless FOIA is generated to join the backlog.

The Freedom of Information Act requires agencies to proactively post online certain categories of information, including frequently requested records.  But the Park Service has increasingly shied away from that option. One major retreat involves NPS’ public planning processes, such as General Management Plans, that are increasingly abandoned, meaning that much of critical park decision-making remains behind closed doors. For example, overcrowded parks adopt and abandon reservation systems and other crowd control approaches with little or no public input. The upshot is that to find what a park has done, is planning to do, and why, increasingly the only path is to file a FOIA request. 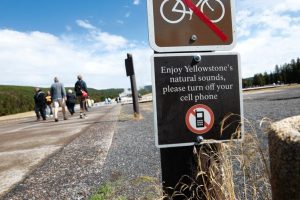 Further aggravating matters, NPS is rescinding what few public notice rules it had, such as the ones that had governed cell towers. While this repeal was engineered in the final days of the Trump administration, the current NPS leadership has not revisited it or even bothered to respond to PEER’s letter of protest.

This means that to track the proliferation of commercial cellular facilities across national parks, one must file a FOIA request with each park (since there is no notice as to which parks have new cell towers) and then follow up with a new request every six months or year thereafter. This is untenable. As a result, much of what goes on in our national parks remains unmonitored – and functionally unmonitorable.

The National Environmental Policy Act or NEPA requires that agencies involve the public by soliciting comments and considering alternatives on all major projects. Despite being an environmental agency itself, NPS frequently ignores NEPA requirements.

For example, the Park Service, in partnership with the FAA, is eschewing any environmental evaluation of its Air Tour Management Plans governing thousands of commercial overflights across a dozen national parks (plans that are being developed under a court order won by PEER).

Incredibly, the agencies are employing a device called a categorical exclusion to avoid noise and other studies on the grounds that their actions have no significant environmental impact.

Similarly, PEER had to sue to obtain a court order that NPS must undertake a NEPA review before allowing motorized electric bikes on backcountry trails.

One major consequence of this growing backlog, in which requests sit for years, is that to obtain public records about what a national park is doing in a timely fashion, one must often file a lawsuit. Not surprisingly, the Interior quarterly FOIA report shows an increase in FOIA litigation, particularly over agency nonresponse to requests.

The very nobility of the Park Service’s mission sometimes blinds administrators to the fact that they may not be considering all facets of a situation. In extreme cases, it leads to a culture that can be corruptive.

In our experience, the adage that sunlight is the best disinfectant remains quite true. Now more than ever, the National Park Service needs a paradigm shift toward a regime of affirmative transparency and genuine public involvement.