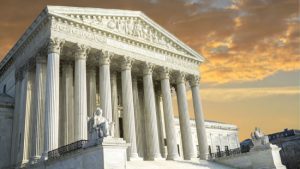 In Justice Amy Coney Barrett’s first majority opinion issued earlier this month, the U.S. Supreme Court ruled that the Freedom of Information Act (FOIA) does not require release of agency draft biological opinions under the “deliberative process” exemption in the law. The decision makes government less transparent by shielding scientific conclusions from disclosure unless they are finally adopted by agency decision-makers.

However, the ruling may have limited effect and may spur statutory reforms. In addition, its implementation will test President Biden’s rhetorical commitment to openness and scientific integrity.

The case, U.S. Fish & Wildlife Service v Sierra Club, concerned an attempt to force FWS and NOAA to release 2013 draft biological opinions which concluded that a proposed EPA rule governing cooling water intake structures was so weak that it would likely to jeopardize wildlife protected under the Endangered Species Act. As a result of those drafts, EPA issued a beefed-up rule in 2014 which all three agencies then agreed would not cause jeopardy and issued final biological opinions to that effect.

In her opinion, Justice Barrett held that such draft opinions could be withheld under FOIA because they were pre-decisional and covered by the deliberative process exemption (Exemption 5). Her conclusion, however, was based on three questionable rationales:

While this ruling addressed only draft biological opinions, in a footnote Justice Barrett maintained “the logic applied to these drafts also applies to the other draft documents.” As a result, agencies will now be much better able to hide inconvenient facts by keeping them in never-finalized drafts.

Yet, the impact of this case remains to be seen. The FOIA exemption does not forbid disclosure but leaves it to agency discretion. As Justice Barrett observed, “This case concerns the deliberative process privilege, which is a form of executive privilege.” Thus, it is up to the Biden administration whether to withhold or to release similar documents in response to future requests.

Nonetheless, it is unlikely that reliance upon an Executive Branch policy of self-disclosure will make much difference. President Obama and his Attorney General both issued FOIA directives promoting transparency. Notably, the dispute sparking this Supreme Court case arose under Obama.

Instead, this case invites Congressional correction. Congress could tighten Exemption 5 in a number of ways, such as requiring disclosure of all inter-agency communications. If Congress does take on FOIA reform, it should also address the related issue of agencies increasingly censoring the administrative record, a practice that expanded under Trump. The reason for this censorship is that agencies can better defend their questionable actions rooted in “alternative facts” from court challenge if all discordant information is excised before it can be examined.

A key lesson from the Trump experience is that neither the quality of decision-making, nor public confidence in the quality of that decision-making, is enhanced by secrecy and information suppression. PEER believes that both will be improved only if public scrutiny is not confined to an unobstructed view of the official talking points.