The Colorado Air Pollution Control Division, the state agency dedicated to administering the Clean Air Act, recorded its smoggiest summer this decade. In response, reporters, private citizens, and non-profit groups, including PEER, dug deeper to uncover the reasons for this sharp increase in air pollution. It was often difficult to get information. Through our efforts to obtain information, we learned about the agencies’ flawed records retention policies that raises questions about the agencies’ compliance with government transparency requirements. 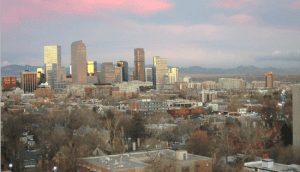 Our country is premised on an open and transparent government, with public ownership over government documents and records to allow the public to understand government decision-making. Open record laws, like the Freedom of Information Act, ensure that the public can obtain almost all records from federal and state governments, including data, internal research, reports, emails, notes from meetings, and even text messages. This is one of the primary tools to hold agencies accountable and ensure honest and impartial work. Without transparency, the public would be left to evaluate decision-making based on the limited information agencies make publicly available.

An Incomplete Record: Impacts of the 90-day Email Deletion Policy

The Air Pollution and Control Division, like many Colorado agencies, has a standing policy of automatically deleting emails after 90-days unless they are moved to a specific folder on the department’s server. This alarming policy restricts the depth of information available by limiting accessibility to internal dialogue regarding air quality and its impacts on public health. The policy also fails to ensure the government holds itself accountable to the public, opening the door to potential unchecked corruption.

Finalizing guidance documents, rulemakings, and agency directives can take years, requiring a large amount of internal dialogue and external communication to hammer out the complex details. For example, discussions between an employee and an industry representative or local scientist presenting new data could be absent from a document request. Without access to these emails, the public may be unable to understand agency decision-making. The agency has broad latitude to sweep corruption, undue influence, and incompetence under the rug.

On the record, the Colorado government justifies the policy as a means to manage data storage efficiently. Off the record, however, former and current employees attribute this lack of transparency to a discrete internal initiative to evade public review. In an interview with reporters, one APCD employee noted that during orientation, they were told “emails auto-delete… to get around CORA [the state open record law].” Also, reporters are consistently denied access to the department. According to Colorado News Line, in-person interviews are sparse and are conducted through pre-drafted responses to question and answer documents. The News Line investigation states that the agency director has not held a virtual or in-person press conference this entire year.

The current email deletion policy conflicts with key provisions of the state’s open record law, the Colorado Open Record Act (CORA). CORA defines a public record as “all writings made, maintained, or kept by… any agency… for use in the exercise of functions required or authorized by law or administrative rule or involving the receipt or expenditure of public funds.” (emphasis added) C.R.S. § 24-72-202(6)(a)(1). Under the Act, a “writing” is defined broadly as all electronic and hard copy “books, papers, maps, photographs, cards, tapes, recordings” and “electronic mail messages.” C.R.S. § 24-72-202(7).

The law, by defining records as “all writings made” with a broad definition for “writing” is written to encourage transparency. It does not appear to contemplate a deletion policy. However, the agency has found a workaround to the letter of the statute by ensuring that information is not “kept.” When private citizens and advocacy groups submit a request for internal agency documents, they only have access to emails less than 90-days-old or a curated and limited set of emails.

Absent reform or better agency email retention protocols that would require mandatory email archiving, agencies will continue to hide corruption and fall short of the transparency mandates entrusted to it by state law. Groups like the Colorado Freedom of Information Coalition are fighting for reform to preserve the public’s right to access information regarding agency decisions. PEER is working to raise awareness and supports all efforts to increase transparency through regulatory reform.

Derek Segars is legal researcher with PEER and a law student at Pace University.