COMMENTARY | Migratory Birds Get a Lift with Proposed Rule Reversal

Migratory Birds Get a Lift with Proposed Rule Reversal

The Biden administration has proposed restoring protections for migratory birds that were weakened by the Fish and Wildlife Service (FWS) under former President Donald Trump. In the waning days of the Trump administration, the FWS weakened the Migratory Bird Treaty Act (MBTA) to allow industry to kill birds in their operations without legal consequences, unless the government proved the killings were intentional. 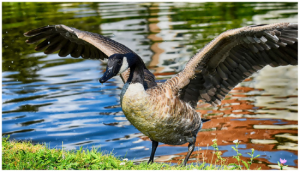 The MBTA, one of the country’s oldest environmental laws, prohibits the intentional killing of migratory birds — through poaching, for example — and also had prohibited incidental taking of migratory birds until the Trump administration jettisoned that provision of the Act. The prohibition on incidental taking is what allowed the U.S. government to fine BP $100 million for the accidental killing of hundreds of thousands of birds, resulting from BP’s oil spill in the Gulf Coast in 2010.

The Trump change to the MBTA is a case study in rulemaking carefully orchestrated to favor oil, gas, mining and development interests, and of the failure by the Inspector General (IG) to conduct even a “pro forma” investigation into wrongdoing.

In a departure from published ethics guidelines, the FWS press release announcing the rule change under Trump included favorable statements from 28 industry organizations and others, including the Chamber of Commerce and National Mining Association. The press release strongly suggested that industry groups were given prejudicial, pre-announcement knowledge of, or access to, the content of the proposed rule. 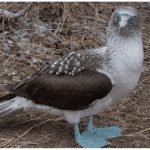 violations that may have occurred during the formulation of the rule and in the press release announcing the proposed rule.

The IG’s response to the complaint prompted PEER Senior Counsel Peter Jenkins to remark, “The Inspector General investigates anonymous complaints all the time – that’s the IG’s job. Requiring that complainants be named before the IG even asks a question is both outrageous and likely to revictimize the victims.”

Fortunately, the Biden administration is moving swiftly to restore the MBTA to its previous state, which will help address the dire state of our country’s bird population. Last summer, thousands of birds dropped dead across the southwest U.S., likely from starvation due to climate change. A recent study found that bird populations have dropped by nearly one-third in the last 50 years, signaling a widespread ecological crisis.

The MBTA debacle reveals that we are not only in an ecological crisis, but a governance crisis. To protect birds and other living things, we not only need stronger environmental laws, but stronger IGs to help prevent Trump-era excesses from ever happening again.