PEERMail: Closing Out Our 25th Year

Closing Out Our 25th Year 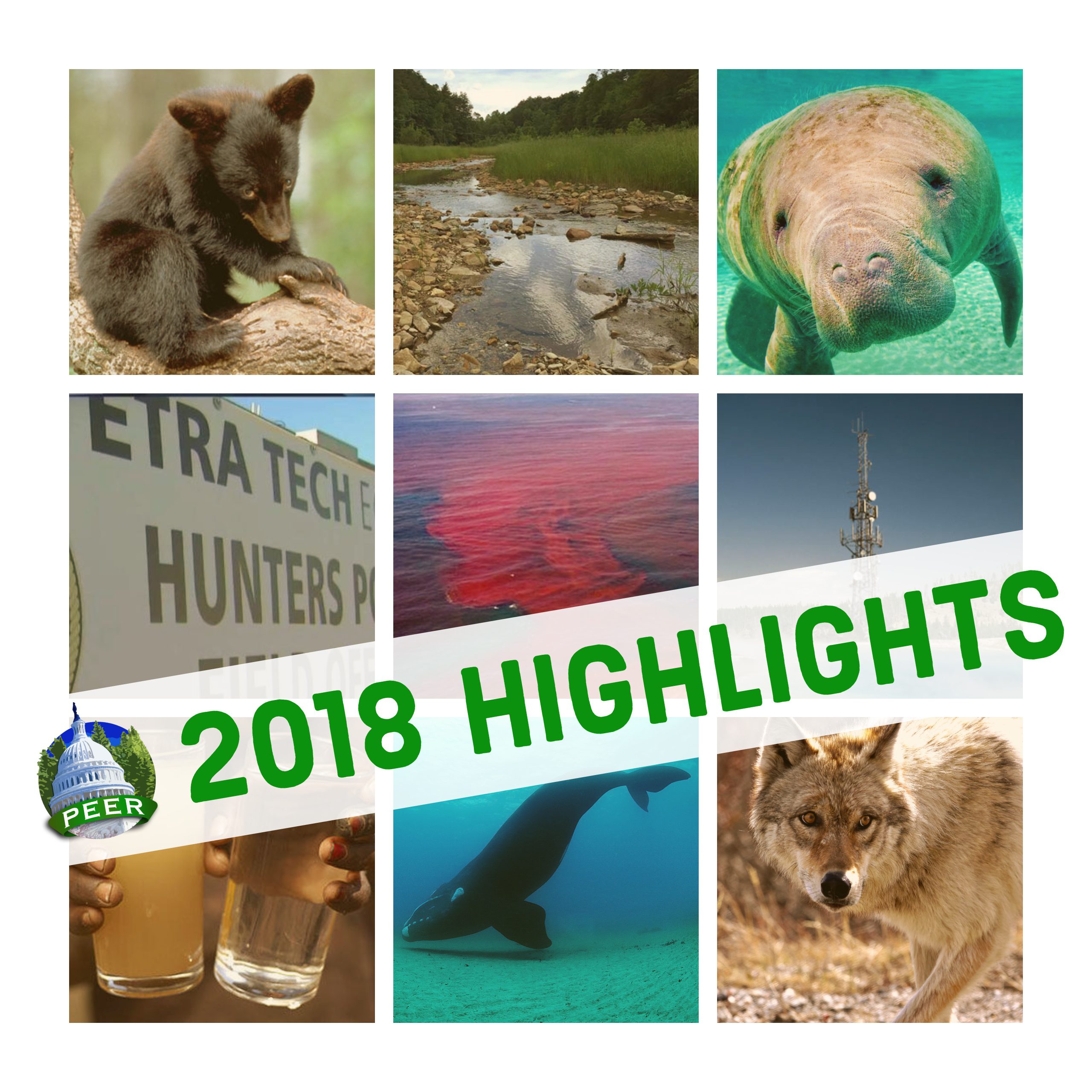 This year, PEER celebrated its 25th anniversary. While we are not a big organization, we have generated a track record of major accomplishments in that time.

2018 was no exception. During the past twelve months, for example, we –

Of course, there is still much more to do. Your continuing support will keep us on the job.

In December, PEER came to the aid of an embattled climate scientist, Dr. George Luber, an epidemiologist, who is Chief of the Climate and Health Program at the Centers for Disease Control & Prevention. Our intervention caused CDC to rescind a bogus proposal for his removal. We are still pursuing relief against the wide-ranging reprisal campaign to which he has been subjected since the Trump inauguration. This is part of a broader PEER effort to defend federal climate scientists and climate science during these dark days;

This is the third Trump government shutdown, a fact weighing on the lives of thousands of affected employees and their families. To make matters worse, Trump just issued an order barring any pay increase for civilian workers in 2019.

Not surprisingly, federal employees are growing more disengaged and discouraged. Increasingly, conscientious public servants are forced to go outside the confines of their paralyzed agencies to do much good. That is where PEER comes in, to help these people better serve the public – and live to tell the tale.

On Friday despite the shutdown, the Interior Department issued proposed regulations making it harder and slower to get public records under FOIA. Like many of Zinke’s initiatives, this short-sighted move is doomed to failure and will only generate more FOIA litigation, not less. If Interior really wanted to reduce the number of FOIA requests, appeals, and suits, it should try something novel – transparency.

We’ve done a lot of good work, had a lot of wins, but there is so much left to do to combat this administration’s war on science, the environment and the people who serve it. Consider donating to PEER to help us plow forward!