The Role of Citizen-Led Enforcement

Pollution often slips through the cracks of state and federal enforcement. The reasons vary widely, from neglect to deliberate turning of heads to political pressure to technological failures. Citizens can fill those cracks.

Citizen efforts lead to better administration of the anti-pollution statutes involved—and to less pollution in the long run.

A slow but steady path to relief is to file a Citizen Petition seeking stronger agency enforcement of some kind, which may take the form of a new regulation or other actions. The First Amendment to the U.S. Constitution highlights petitioning as a fundamental right:

Congress shall make no law…. abridging the freedom of speech, or of the press; or the right of the people peaceably to assemble, and to petition the Government for a redress of grievances.

Also, under the Administrative Procedure Act (APA), federal agencies must give interested persons the right to petition for the issuance, amendment, or repeal of a rule. They tend to be slow in leading to relief, but petitions can have huge long-term legal significance. For example, the landmark 2007 Supreme Court decision Massachusetts v. EPA, which found that EPA (despite its denial) did have the authority to regulate greenhouse gasses as pollutants under the CAA, began as a petition filed in 1999 by a nongovernmental organization.

Some of the pollution statutes have various provisions for petitioning on specific topics, but citizen petitions are not limited just to those. Unfortunately, EPA bureaus often lack basic guidelines to assist citizens in filing petitions (See EPA’s compiled list, Petitions for Rulemaking, not updated since April of 2017).

If an agency fails to respond at all to a petition, after roughly two to three years the federal courts typically will consider it “ripe” for the petitioners to sue to compel a response; that will vary in state courts. Labelling a petition as an “emergency” may enable a faster timeline.

Another approach is going straight to a citizen lawsuit if everything lines up correctly under the law: 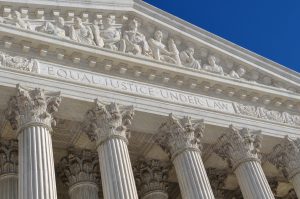 This can be an expensive undertaking unless a pro bono attorney or nongovernmental organization (NGO) is assisting. On the other hand, prevailing parties often can obtain attorney fee and costs recoveries.

The litigation pathways under the Clean Water Act (CWA), Clean Air Act (CAA), Resource Conservation and Recovery Act (RCRA) and Federal Insecticide, Fungicide, and Rodenticide Act (FIFRA) are too complex to explain here; for advice contact a qualified attorney or an NGO with legal capacity.

All these laws except FIFRA contain a “citizen suit” provision. However, citizens still can sue under FIFRA and other laws that lack specific citizen suit provisions using the APA via other applicable federal or state laws. Such suits require more diligent research in order to get into court.

Delegation of “primacy” from EPA can be withdrawn (or revoked or rescinded) when a State repeatedly fails to meet its enforcement obligations, although such withdrawal is rare. Typically, the specific Act or the EPA implementing regulations will describe how that can occur. The CWA regulations, for example, include such a provision (40 C.F.R. 123.64(b)).

Petitioning for a federal “withdrawal” is a way forward in the worst cases. While the EPA Administrator is required to respond under the CWA regulation, this falls under the general legal area of “enforcement discretion.” Legal decisions from the Supreme Court and down to the lower courts make legal challenges to agency enforcement discretion often very difficult, but not impossible.