It is welcome news that President-elect Biden chose a noted whistleblower, Dr. Rick Bright, to serve on his COVID-Advisory Council. Yet, it is unclear whether recruitment of whistleblowers will extend beyond advisory posts.

The Trump era saw no shortage of martyrs who chose conscience over career. Like Dr. Bright, many of those casting profiles in courage are among the most knowledgeable and dedicated experts. Yet, they are rarely welcomed back to vindicate themselves or to right the wrongs they exposed at great personal cost.

A signature Biden campaign slogan is “Build Back Better.” After the wrecking ball Trump experience, many survivors can show how to build back to what was before. But to build back better, you need people who recognize what better looks like and how to get there – acumen that is hard to find.

In contrast to the sweeping scope of Trump makeovers, one of the disappointments of the Obama era was how little was accomplished. The “No Drama Obama” style of management meant that, like a janitor that does not do windows, the Obama team ignored personnel echelons below the direct political appointees. 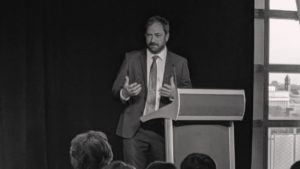 That was certainly not the case under Bush-Cheney, where Dick Cheney hand picked senior executives and top managers. By ignoring personnel, Obama was often mis-served by Bush-Cheney holdovers on issues ranging from the BP Gulf oil spill to the Flint health crisis.

Nor did the Obama circle call upon any of the whistleblowers produced during the prior eight years to apply lessons learned.

In many areas, a President Biden will not have the luxury to simply preside. He will have to roll up his sleeves to fix federal institutions that have not functioned well for years, and in some cases, decades. For example:

The list goes on. Amidst a pandemic, recession, and growing global isolation, the Biden administration is saddled with a federal government that is far less capable and beset by ossified agencies that have drifted steadily farther from vigorous pursuit of their public missions.

The need to employ public sector reformers has not been more acute in living memory. Not so coincidentally, the community of reformers/whistleblowers has never been so large or willing to serve.