A Challenge for the New Director of the National Park Service

Originally published in and reprinted with permission of National Parks Traveler.

A Crisis of Neglect

Events of the past few years have drawn national attention to the critical need for staffing increases and reforms at federal law enforcement organizations such as the U.S. Capitol Police and, regrettably, the National Park Service’s own U.S. Park Police. Disturbing scenes of violent mobs storming the U.S. Capitol – attacking and overpowering its police force, and images of police officers violently dispersing and attacking protestors and even reporters and camera-crews in Lafayette Square have underscored the pressing need for more and better trained officers and a cultural shift in how, when, and where those officers perform their duties.1 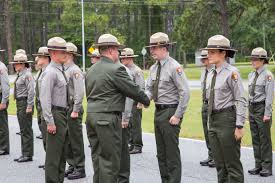 But beyond the Beltway and far less visible to the American public, another crisis exists. That crisis is defined by decades of neglect to the staffing and training needs of the U.S. Park Rangers of the National Park Service (NPS). Though not widely understood, it is these officials who are the actual front-line law enforcement officers in our national parks; the long-standing guardians of the resources, people, and property within the more than 400 parks, monuments, recreation areas and other units of the National Park System.

What is now known as Hot Springs National Park was first set aside as a federal Reservation in 1832. Yellowstone National Park was established by Congress in 1872. Thereafter and throughout the late 1800s and early 1900s, other federal preserves were established as national parks, including Sequoia, Yosemite, Mount Rainier, Crater Lake, Wind Cave, Mesa Verde, and others, most under the protection of the U.S. military. Gradually, these protection duties – primarily law enforcement duties – fell to a growing number of civilian “Scouts” or “Rangers,” Finally, in 1916, with the creation of the National Park Service, the last military troops were withdrawn and that law enforcement role was assumed by a now unified but geographically dispersed Ranger Force. Acknowledging the role of these officials, Yellowstone’s first superintendent, Horace Albright, declared that

“The Ranger is primarily a policeman,” and “The ranger force is the park police force, and is on-duty night and day in the protection of the park.”2

The primacy of that role was affirmed in 1926 during the agency’s first chief ranger’s conference, where Yellowstone Chief Ranger Sam Woodring declared,

In 1976, Congress strengthened law enforcement authorities borne by our U.S. Park Rangers through passage of what is known as the NPS General Authorities Act.4 In the Committee Report for P.L. 94-458, Congress observed that

Emphasizing that it is the Ranger Force and no other Interior agency that is charged with responsibility for providing law enforcement and related protection and emergency services throughout the National Park System, Congress clarified that

This bill would not affect the functions or authorities of the United States Park Police, whose law enforcement mission has been defined by the Act of March 17, 1948 …. Presently the Park Police are authorized to arrest for Federal offenses committed in the district of Columbia and on Federal reservations in its metropolitan area. This authority of the Park Police is adequate for them to perform their responsibilities, and we do not believe there is a need to alter that authority in this bill.5 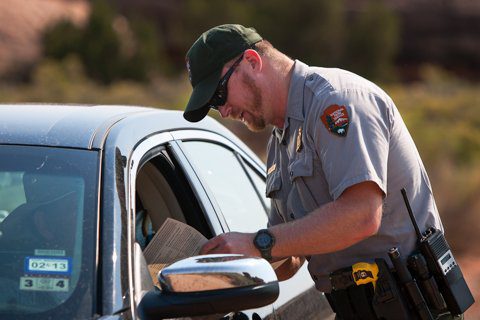 Well documented but little-known to the public is a long history of crime that occurs in our parks and violence experienced by those Rangers whose duty it is to combat that crime.6 The FBI has documented that U.S. Park Rangers historically suffer among the highest incidence of assaults of any category of federal law enforcement officers.7 This is attributable to a number of factors, including the remoteness of the areas where they work far away from backup, poor access to radio communications, and a chronic lack of funding for training, safety equipment, and other resources. But more than any other factor is the historically low and ever dwindling number of U.S. Park Rangers assigned to our national parks. In spite of this, and equally well documented but little-known to the public, is an admirable (though certainly not perfect) record of restraint in the use of force exercised by our nation’s U.S. Park Rangers, often at their own the peril. This record has been obscured in the media and even in Congress through widespread misinformation and confusion over the distinction between U.S. Park Rangers and U.S. Park Police officers.8 Adding to this is the confusion that exists outside of and even within the National Park Service over who and what is a duly “commissioned” (i.e., law enforcement) U.S. Park Ranger, as opposed to all the other types of employees – all referred to as “rangers” – who wear virtually the same uniform regardless of their duties and position classification. 9

According to the Park Service’s own figures, in 1986 the NPS had 2,471 commissioned law enforcement rangers (i.e., U.S. Park Rangers and investigators). 10 By 2001, that number had dropped to just 2,086. 11  Around that same time (2000), following the murder of three U.S. Park Rangers in just that past decade, 12 the NPS commissioned a study by the International Association of Chiefs of Police (IACP). 13 The study was initiated by then-director Robert Stanton, who expressed

“… concern for the safety of our park rangers and indications that our ranger law enforcement program was not supported at a level that would fully protect our rangers, visiting public and park resources.” 14

Included in their executive summary, the IACP observed that

“It does not appear that, to date, either the NPS or the public it serves have paid a severe price for this condition. In view of current trends, however, continued neglect is not advisable. Law enforcement capacity to contribute to the core mission of the NPS – to protect natural resources, visitors, workers, and rangers themselves – is eroding. This condition must be reversed immediately….”

Out of that study came a recommendation for a minimum staffing level of 2,700 U.S. Park Rangers, explaining,

“For reasons of unacceptable risk to rangers, erosion of proactive law enforcement capacity to safeguard natural resources, visitor and land acquisition trends that only promise to aggravate the foregoing conditions, and the validity of NPS views on risks of not increasing ranger staffing, we recommend an aggressive program of staff augmentation and resource leveraging initiatives. A goal of 615 new law enforcement rangers is reasonable, an increase of 28%.”

In that same report, the IACP noted that according to the Park Service’s own analysis, staffing should have been increased by 1,200, which would have brought the proposed number of U.S. Park Rangers to 3,300.

In 2001, the NPS claimed to have adopted a “No Net Loss” policy for law enforcement staffing.15 But with a dismissive attitude toward its own history and an ambivalent approach to law enforcement, NPS support for its Rangers has been inconsistent, at best. Today, as noted by the Interior Department’s own Inspector General, that 2001 IACP report, like others before and after, does “little more than gather dust on a shelf.”16 Now, some 20 years later, the number of U.S. Park Rangers responsible for patrolling and protecting our national parks has dwindled to just 1,584 – a decline of 900 positions over the past 35 years, and less than half the number proposed in 2001.17 Meanwhile, within the Ranger Force the number of dedicated criminal investigators ( i.e., special agents) has declined over that same time period from a barely adequate peak of around 60-65 in the early 2000s to a figure now less than half that.18 Aggravating the situation is a chronic backlog of basic training slots at the Federal Law Enforcement Training Center for those few Ranger recruits who have been hired but cannot assume their full duties.

These figures do not even take into account the increasing workload created by growing numbers of parks established by Congress or through executive action, and the growing number of people who come to these sites. In the absence of strong leadership or advocacy either from within or outside of the National Park Service, matters will only get worse. Absent a major shift in priorities, it is only a matter of time before the situation for our U.S. Park Rangers is again elevated from behind the scenes to national prominence through preventable deaths and other disasters where they are outnumbered, under-trained and under-equipped, stressed, strained and overwhelmed by the crush of crowds, crime and related calls for emergency services.19

For the first time in years, it appears the NPS will have a full-time director. Senate hearings have just concluded and we now await a vote to see if Charles “Chuck” Sams, III will be confirmed. As an outsider to the agency, Mr. Sams will face many challenges becoming acquainted with its organization, history, and culture. He will be surrounded by officials who are in place or embedded in outside organizations, all attempting to gain favor and influence. Most of these personnel and organizations have long held enormous influence over NPS policies and operations, many contributing to the crisis we now face, and few with a history of meaningful support for NPS law enforcement or an appreciation for the demands of the law enforcement profession. Without a union of their own or a strong organization to represent their interests, U.S. Park Rangers have for years been sidelined without a meaningful voice advocating on their behalf. It will be incumbent on the new director to become acquainted with the actual history of NPS law enforcement, including the numerous studies and reports going back decades, all reaching similar conclusions but still gathering dust on a shelf.20 He will need to find a way to cut through the filters spanning the director’s corridor, to reach back and learn from the voices of the past, both survivors and the fallen, and reach out to listen and learn from those Rangers today who are on the front lines in parks across the country.

Let’s hope that Mr. Sams commits to reversing the decline in staffing and funding for the NPS Ranger Force so that our Rangers have the resources and other support they need to safely and effectively protect our parks and the people who come to visit.