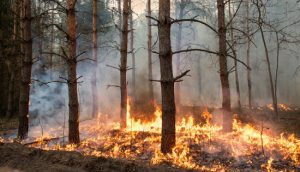 The Intergovernmental Panel on Climate Change (IPCC) issued its latest assessment on Monday, laying out the most up-to-date understanding of climate change. The report is a “code red for humanity” detailing how human actions are causing the earth to warm and the catastrophic consequences that that result if we don’t act now.

There are many takeaways from this report. Here are four. While these should come as no surprise to those who follow environmental issues, they bear repeating.

What does all this mean? It is long past time to act. We can no longer wait. The earliest undeniable signs of climate change are now all around us – from the deadly fires and heat waves throughout many parts of the Northern Hemisphere, to the massive flooding in China, to the weakening of the Atlantic Meridional Overturning Circulation (AMOC), part of a large system of ocean currents that continually mixes the world’s oceans and distributes heat and energy around the earth, creating a climate that has allowed human civilization to flourish.

As the U.S. Congress struggles with infrastructure and climate bills, PEER will step up its efforts to support ambitious climate goals based on sound science and we will support holistic approaches to reducing greenhouse gas emissions, protecting nature and biodiversity, and improving our agricultural practices.

While Congress and federal agencies need to act quickly, they should not be given a free ride. Too much is at stake. That is why we are also a watchdog for hidden dangers and scams that result from climate programs, and we will make sure efforts to address climate change occur in the context of transparency, scientific integrity, and meaningful public input.