Following four years in which Bureau of Land Management (BLM) mission of sustaining the health of public lands was subjugated to the wants of extractive industries, the Biden administration has promised a renewed commitment to realizing the potential of public lands to contribute to conservation and climate change mitigation. BLM is central to the administration’s entire climate agenda. 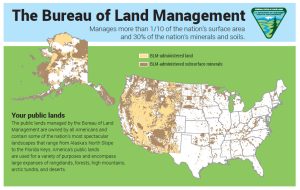 This critical federal agency is often overlooked when discussing federal efforts to address global warming and protecting biological diversity. BLM manages more than 245 million acres of public lands (10.5% of all land in the country, and the most of any federal agency), mostly in the western U.S., and 700 million acres of subsurface mineral rights. Both in conserving and restoring habitat at the surface, and in holding mineral prospectors to the highest of environmental standards, BLM can protect biodiversity and slow the climate crisis by decreasing overall U.S. greenhouse gas emissions.

But achieving this will pose a steep challenge to the administration. PEER conducted a survey of current and former BLM employees – presented in the 2021 Bureau of Land Management Employee Survey Report –  from staff-level to senior managers, and found that to achieve climate and conservation goals the administration will need to address key governance issues: 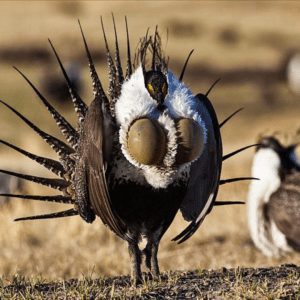 In short, resources and culture, not just policy and laws, will be huge obstacles to achieving meaningful conservation and climate goals. Yes, BLM has important policy and legal objectives that must be addressed – oil and gas drilling, implementation of NEPA, and strong protections for imperiled species such as the sage grouse and federally-listed endangered species – but these can only be accomplished if BLM is managed and resourced to accomplish big policy mandates.

Thus, capacity and culture can’t be overlooked. Despite increasing visitation and multiple use demands on public lands BLM offices have seen shrinking staff levels across the agency. In 2010, BLM estimated it had 58,570,000 recreational visits on BLM-administered lands; by 2020 this had gone up to 73,110,000 visits – nearly a 25 percent increase in one decade. However, in 2010 BLM employed just over 11 thousand FTE, but by 2020 that was down to 9,458 FTE – more than a 14 percent decrease in the same time period. While the administration’s current budget proposal is to increase staffing to 10,329, that would still not make up for the staff loss over the longer term, nor the additional work each individual employee must do when administering more lands and dealing with more visitors than before. Moreover, as noted by the GAO in 2021, BLM still has only 8,800 permanent staff and regularly makes up for staffing vacancies with temporary reassignments – slowing down policy work where temporary staff are moved to and creating resource problems in offices where staff have temporarily been removed from. 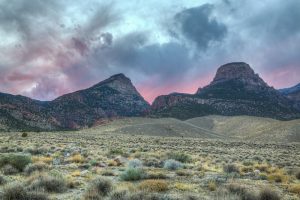 Changing the culture of BLM is needed, and an often-overlooked element. Hostility and retaliation is common in some BLM offices against those who speak out for greater emphasis on conservation and climate goals. PEER has received numerous reports from BLM staff that resource extraction takes a front seat and there is open hostility to considering the attendant impacts on wildlife. Whether oil and gas, mining, or grazing, mitigation practices are committed to on paper but not fully implemented. Too often, staff operate in a high-stress culture where the biggest fear is retaliation for bringing up unpopular views.

We are seeing that in our representation of Walter Loewen. Loewen, a military veteran, had spent the past 16 years as a specialist in implementation or planning under the National Environmental Policy Act (NEPA). Things came to a head when he objected to senior officials not addressing major adverse impacts on migratory birds, such as the loss of nesting sites for ferruginous hawks, kestrels, owls, and other raptors, under a plan for 5,000 oil and gas wells, 1,400 miles of gas and water pipelines, new roads, and electrical lines in Converse County – BLM’s plan included removing key restrictions on drilling and other work during bird breeding and nesting periods. However, after he raised serious concerns with the plan’s impacts, he was given poor performance evaluations and eventually fired from his job. Until BLM’s scientific staff can be allowed to follow the science without fear of retribution for doing their work, there is little hope for meaningful climate progress at the agency.

PEER’s BLM survey had these nine recommendations from BLM employees about how the administration could improve conservation and climate goals:

These recommendations are as relevant now as they were almost a year ago when first published. Indeed, without taking action on these issues BLM will be hobbled in its ability to help the Biden administration achieve its ambitious conservation and climate goals.