Secretary of Energy Jennifer Granholm said on March 9, 2021 that “the United States needs to boost domestic production of the minerals used to make electric vehicles, so long as it’s done sustainably.”

Hardrock mining or an open pit mine “sustainable?” Hardly.

Hardrock mining is no more sustainable than fracking for natural gas. Mining involves enormous ecological disruption to obtain nonrenewable minerals. Think of the havoc that would be wreaked by the Pebble Mine proposed for Alaska, or the Rosemont Mine in Arizona, or the Oak Flats proposal by Resolution Copper Company.

The number one mineral in demand for electric car batteries is lithium, as found in brine deposits or clays. Transforming our transportation system to primarily run on electricity requires storage batteries, for which lithium is essential. With rising demand, its prices are also rising at very rapid rate. 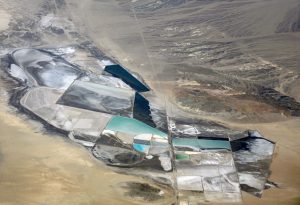 Lithium is classed a “locatable” mineral by Federal law, i.e. under the Mining Law of 1872. A person, including a corporation, may file a placer or lode claim (“locate” a claim hence a “locatable”) on Federal lands for lithium.

All Federal lands are open to claim location for lithium and other hardrock minerals except millions of acres “withdrawn” by act of Congress, or by an Antiquities Act of 1906 presidential proclamation. Most lands administered by the Bureau of Land Management (BLM) and the Forest Service, not in wilderness/wilderness study areas or a conservation system unit, are open to claim.

The Mining in the Parks Act of 1976 provides that no lands in the national park system are open to the location of mining claims. Three areas of the national park system – Glen Canyon, Lake Mead and Whiskeytown National Recreation Areas (NRAs), though closed to the location of new mining claims, are open to the leasing of federally-owned minerals, including otherwise “nonleasable” minerals.

Lithium, by definition, is a “locatable,” therefore it is a “nonleasable.” Thus, the law allows the Interior Secretary to issue leases for lithium and other “nonleasable” minerals in these three parks. However, the Secretary has never issued a lease in any of the three for any minerals.

Lithium may occur near Glen Canyon NRA only, and there is a very remote chance for mineral leases in the above three parks.

There is a larger chance that the demand for lithium or other minerals for batteries/electric vehicles could limit the lands a president might set aside in a proclamation to designate a new, future, national monument.

Mining interests and their allies cite our unprecedented climate crisis as the basis for increasing lithium supplies. The same is said for rare earth minerals (a non-metallic locatable), and copper and vanadium (locatable metals). The demand for these minerals to serve the green economy will necessarily involve a vast increase in mining on the Federal lands of the West – and none of this industrial-scale extraction will be done “sustainably.”

Fights have already begun. The Western Mining Action Project and a number of grassroots environmental organizations filed suit on February 26, 2021 against the U.S. Government for approving the Thacker Pass open pit lithium mine on BLM lands in northern Nevada. A local rancher has filed suit separately.

These initial legal skirmishes may presage a new War for the West.

Frank Buono has served on the PEER Board of Directors for 21 years, many of those as its Chair. Prior to that, he worked for the National Park Service for almost 30 years, in virtually every aspect of national parks as a backcountry and law enforcement ranger, interpreter, fee collector, volunteer, and retired as deputy superintendent of Joshua Tree National Park. Since his retirement from NPS, he instructed at the National Park Academy for another 20 years.