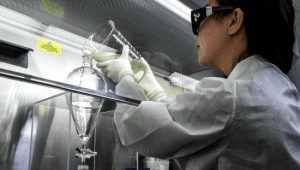 The old saying that ignorance is bliss is no longer operative. In the current climate, ignorance can kill you.

A prime example of embracing ignorance can be found in a pending EPA plan to restrict science originally pushed in Republican legislation sponsored by the tobacco industry. It was then embraced by the now departed but unlamented Scott Pruitt in 2018. It was revised in 2019 but, like spoiled apples, got no better.

Like many Trumpian plans, it has a splashy title, like the current “Operation Warp Speed” to develop a COVID-19 vaccine. This one is called “Strengthening Transparency in Regulatory Science.”

Under that banner, EPA will perform a self-lobotomy by forbidding use of any scientific studies for which the underlying data cannot be made publicly available – even if it is the best available science.

Many important studies, especially epidemiological studies, are based on personal health data that is protected by privacy laws. Devaluing the mountain of health-based research to serve a slogan of “scientific transparency” is just plain…well, dumb.

Instead of relying upon (or strengthening) current safeguards, EPA wants a new, arbitrary, and political standard by which a study is judged, unrelated to scientific merit. Under this rule the EPA Administrator, a political appointee who may not be a scientist, has the authority to grant exemptions for studies he or she favors. These political exceptions will, of course, undermine rather than enhance public respect for EPA science.

More significantly, this rule would greatly restrict the type of scientific research EPA could consider in rulemaking, throwing out much human health data – the sort of information that should be given greater, not less weight, in regulatory decisions.

One very timely example is research showing that higher levels of particulates (soot) make people more susceptible to the serious adverse effects of COVID-19. Not surprisingly, the fossil fuel industry would love to bury that research. With this rule, former coal lobbyist and now EPA Administrator Andrew Wheeler is just the guy to help them.

Wheeler says he wants all studies that EPA relies upon to be “reproduceable,” meaning re-analyzed. Yet, EPA does not have a budget or the necessary statisticians and data analysts to do such work. Moreover, this will greatly prolong already glacial EPA decision-making.

Amazingly, EPA claims it has the authority to do this under a 1789 law called the Federal Housekeeping Statute, which, as its name suggests, does not authorize the creation of substantive regulations. (Also, it is not applicable to EPA.)

Since Congress, by law, directs EPA to use the best available science in carrying out its responsibilities, this new rule will ultimately be thrown out in court. Meanwhile, EPA will be paralyzed for months – which appears to be the real agenda.

Tens of thousands of Americans have died in just weeks during this pandemic. Now, more than ever, we need high-quality, impartial decision-making on behalf of the health and safety of the American people. We can no longer afford anything less.