Pricing carbon is a tool to capture the social costs associated with emitting carbon into the atmosphere, costs that are not otherwise captured by the market price of fossil fuels. But what does it mean for a government to put a price on carbon? One approach is to estimate the “social cost of carbon” (SCC), which is defined as the present dollar value of the damages caused by the release of an additional ton of carbon into the atmosphere. The SCC’s numerical value is usually developed through a combination of physical science and economic modeling. 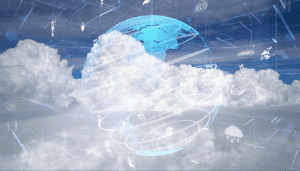 The SCC can be used in several different ways. Importantly, it can be used to establish carbon prices for so-called “market-based” policies to control carbon emissions (i.e. a carbon tax or fee, or carbon cap with tradable permits). These policies are based on the economic principle that when the price of a good or service increases, people and businesses consume less of it. Over time, the increased price also stimulates innovation to substitute less costly technologies. Some market-based policies that have been introduced at the federal level incorporate carbon prices based on the SCC.

Setting a carbon price for a specific policy proposal may, however, be affected by other considerations than the SCC including:

For these reasons, the politically constrained price of carbon may diverge from the SCC value as determined by analysis.

Political and public support for market-based mechanisms to reduce carbon emissions is decidedly mixed. Besides the renewable energy industry, some other industry groups have endorsed putting a price on carbon, including the American Petroleum Institute (recently). Some industries support carbon pricing to obtain a level playing field and in preference to a regulatory approach. Emissions pricing helps them address climate change without loss of competitive advantage.

The environmental community is mixed on pricing carbon, with some groups are actively lobbying in favor of doing so, while others prefer a combination of regulations and investments, such as outlined in the Green New Deal. The environmental justice community has been leery of carbon taxes because of concerns of the tax’s regressivity and because it only indirectly benefits people currently experiencing adverse health effects from fossil fuel based air pollution. Carbon tax proponents point to legislation that would use tax revenues to send dividend checks to all households (similar to the current stimulus checks) and to the geographic coincidence of poor air quality and carbon emissions from fossil fuel combustion. 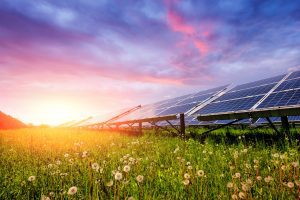 In addition to anchoring a price for carbon tax policy, the SCC can be used to potentially influence public and private decisions via a “shadow price” for carbon, if governments and businesses make decisions as if the SCC were actually imposed on the cost of consuming fossil fuels. At the federal level, the SCC has been used to establish energy efficiency standards for vehicles, small motors, microwaves, etc. Under the Obama Administration, the SCC was also incorporated into EPA’s Regulatory Impact Analysis for the Clean Power Plan. Incorporating a positive SCC value into regulatory benefit/cost analysis could justify more stringent regulation of greenhouse gas emissions than if the SCC were omitted.

The SCC is also a metric by which the cost effectiveness of different climate-related policies can be understood and compared. For example, the Federal tax credit for purchase of electric vehicles (EVs) contains an implicit cost of carbon, which can be estimated by calculating the average tons of carbon saved over the life of the EV compared to the subsidy. According to Project Drawdown, subsidizing the purchase of EV is a relatively expensive policy for reducing emissions. (If the dynamic effects of such a subsidy include expanding EV manufacturing capacity, however, then its benefits include economies of scale and scope.)

The SCC has also been applied by a variety of non-federal actors. About 17 states are pursuing climate policy initiatives, some of which (i.e. Minnesota) consider the SCC value in utility resource planning. Other nations use an SCC value estimated independently from the U.S. number, including Canada, France, Germany, Mexico, Norway, and the UK. Some companies use an internal price on carbon based on the SCC in their financial planning to weigh risks and opportunities associated with carbon emitting operations.

Besides these applications, the SCC communicates to the public that there is a tangible cost of climate change. For better or worse, it reflects the state of scientific understanding as a single number that makes global climate disruption tangible and quantifiable to the public. Its official designation by the U.S. government signals to other actors (subnational units of government, countries, private sector, etc.) that the U.S. government considers there to be a significant cost to climate disruption. Partly for this reason, federal SCC estimates have attracted criticism from individuals and organizations who either question the underlying climate science or oppose the need for climate action.

The SCC has had its ups and downs. The Obama Administration first estimated SCC values and applied them to decisions. Subsequently, the Trump Administration drastically cut SCC values, thereby reducing the likelihood that they would affect any federal decisions. Besides raising the discount rate in SCC calculations, the Trump Administration also objected to including climate costs outside of the U.S. as part of SCC calculations. But Paris Agreement calls for all signatory countries to make commitments, so U.S. actions are matched by other countries, and those actions by others will benefit the U.S.

Over the years, some criticisms have been leveled against both how the SCC is estimated and its role in climate policy. From a technical perspective, the SCC has been criticized as a point value of spurious precision given that it is the product of integrated (physical and social science) assessment modeling that incorporates many assumptions and uncertainties about future economic growth and development as well as pending climate system response. Furthermore, the notion that the SCC quantifies the cost of one additional ton of carbon ignores potential discontinuities in cost based on positive climate feedbacks. Finally, the numerical value of the SCC is highly sensitive to the choice of discount rate, which is as much a moral decision as a technical decision. The lower the discount rate applied, the greater the current generation implicitly values the well-being of future generations.

Looking ahead, the Biden Administration has established an inter-agency working group process to update SCC estimates Working backwards from the final deadline of fully updated ‘final’ estimates coming out in Jan of 2022, it’s likely there will be a public comment period in fall of 2021.

In the meantime, different carbon pricing bills are floating around Congress. For example, the American Innovation and Carbon Dividend Act, which combines a carbon fee with distribution of dividends to American households, has been re-introduced in the current Congress with thirty-six co-sponsors in the House. Its price of carbon starts at $15/ton and increases by $10/ton each year. The bill addresses concerns about the regressivity of carbon taxes by establishing provisions to send dividend checks to all households (not too different from the pandemic stimulus checks the government distributed).

No single policy will set the U.S. on an emissions trajectory that will bring about a net zero carbon economy. To date, most carbon emission reductions have resulted from policies other than direct carbon pricing. Some energy users and sectors are more price responsive than others. However, putting a price on carbon should be part of the policy mix because it offers the most comprehensive, efficient, and fair means of getting control over our carbon emissions.

Keith Kozloff is a Guest Contributor

. He is an environmental economist previously with the federal government.