We should feel confident that our government leaders are working for us and not for their former employers. Confident that Senate-confirmed nominees have no conflicts of interest that would improperly sway their decision-making. Yet, major loopholes in the laws that protect the integrity of the federal government’s decision-making process have allowed government leaders to abuse their power and circumvent the rules without consequence. 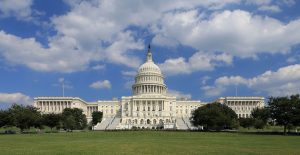 Congress passed the Ethics in Government Act of 1978, the Procurement Integrity Act, the Honest Leadership and Open Government Act of 2007, the Lobbying Disclosure Act, and the STOCK Act of 2012 to protect government decision-making. Under these laws, all Senate-confirmed nominees fill out financial disclosure reports to ensure no financial conflict of interest will exist during the performance of public duties.

However, political nominees who were former lobbyists are able to avoid disclosing who their former clients are and the legislation, policies, or regulations they had aimed to influence. Appointees use loopholes to withhold information from the public during the confirmation process about actual or potential conflicts of interest. For example, former Commerce Secretary Wilbur Ross‘s refusal to divest from his holdings raised concerns about whether he was using his “public service” to further his own financial gain. Additionally, former Defense Secretary James Mattis was not required to disclose that he advised the United Arab Emirates military before joining the Trump administration. This means that Senate nominees aren’t required to show loyalty to the interests of the United States government and can hide their ties to polluting corporations.

But this does not have to happen during the new Biden Administration.

PEER is supporting an effort led by the Project for Government Oversight that was sent to the Senate last week outlining 10 necessary steps needed to restore the public’s faith in government leadership. These steps include:

Many of these reforms could be achieved immediately by executive order, but these reforms should become a permanent part of the legislative process.

The Senate has significant power to scrutinize potential conflicts of interest of presidential nominees. At PEER, we will be working hard to make sure the Senate uses this power to make sure that political appointees are working for the American people and not their former employers.