Scientists will urge Biden to go big on ocean protection

President Biden’s Jan. 27 Executive Order “Tackling the Climate Crisis at Home and Abroad,” called for (among other things) conserving 30% of U.S. lands and waters by 2030. In response, scientists are circulating a letter to President Biden, urging him to “go big” on ocean protection as part of the “30×30” initiative. The letter has already been signed by some 70 signatories from across the nation, including university deans, department chairs, distinguished professors, researchers, independent scientists, conservation scientists, and agency scientists.

The letter is open to signature until June 10, and can be signed here» 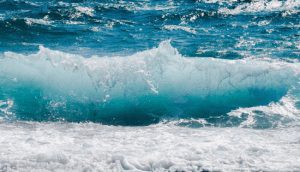 The scientists’ letter states that America’s ocean ecosystems are in significant decline due to decades of overexploitation, climate change, acidification, and pollution. Many marine species are threatened or endangered, and entire marine ecosystems (such as the Arctic sea ice ecosystem) are severely threatened. Ocean ecosystems will have difficulty retaining functional integrity throughout the climate crisis this century, and these ecosystems need the strongest protections we can provide.

Science has done its job identifying anthropogenic risks and impacts to our oceans. Now policymakers must apply that science in restoring and protecting these vital national assets for our common future. President Biden has committed to a federal policy based on science, and this is precisely what the scientists letter proposes regarding ocean protection.

In addition to improving sustainable management of ocean ecosystems in general, the scientists urge the Biden administration to evaluate and establish strongly protected Marine National Monuments (via executive authority under the Antiquities Act) to protect critical large-scale, federal offshore ecosystems. Marine National Monuments are the most direct, durable, and strongest policy instrument available to Biden to achieve the 30% goal for the oceans, and they should legally withstand any effort by a future federal administration to weaken them. 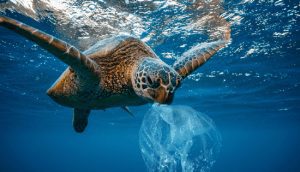 The scientists’ letter urges the administration to prioritize highly threatened, productive continental shelf waters for protection as Marine National Monuments, including in the Arctic Ocean, Bering Sea/Aleutian Islands, Gulf of Alaska, Gulf of Mexico, Gulf of Maine, the Caribbean, and Pacific and Atlantic coasts. Each marine monument should appoint a stakeholder advisory committee and a scientific advisory committee, and should develop a management plan to advance the overall goal of long-term ecosystem restoration and protection.

Scientists from all disciplines are encouraged to join this effort to secure permanent protections for our nation’s most critical offshore ecosystems.

Again, the scientists’ letter is open to signature until June 10, and can be signed here»

Rick Steiner is a PEER board member. A former professor at the University of Alaska, Rick advises NGOs, governments, and industry as an international conservation and sustainability consultant in Anchorage, Alaska.