The world is in a climate crisis. Yet, many of the control mechanisms adopted here and abroad create only the illusion of progress. That is why PEER is launching a Climate Integrity Project that will focus on addressing bogus offsets, keeping clean energy clean and strengthening transparency in climate programs.

The buying and selling of offsets have become a cornerstone of the global effort to limit global warming. Offsets allow companies to continue to rely on fossil fuels if they buy credits from projects that reduce greenhouse gases elsewhere – such as projects that involve protecting or planting trees or reducing the production of refrigerants.

A central problem with offsets is knowing whether the reduction in greenhouse gases resulting from the offset is additional (meaning the reduction in greenhouse gases would not have happened anyway). Due to fluctuations in both prices and demand, it is often impossible to predict why a particular project occurs. The unverifiable nature of most offsets creates a false sense of meaningful progress. 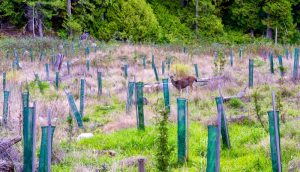 Further, the complexity and subjectivity of offsets also render them impossible to certify, regulate or enforce. In some cases, such as forestry projects, the offsets will fail to mitigate demand appreciably. Meanwhile, the polluting activity (such as logging) that is supposed to have been averted will simply shift elsewhere.

California’s cap-and-trade program is a prime example. It has failed to produce meaningful reductions because it relies on trading offsets that are not real, permanent, quantifiable, verifiable, or enforceable. Nor can the state show that any claimed greenhouse gas emission reduction would not have occurred otherwise.

In essence, offsets are commodities based upon guesses about what would have happened in their absence. As such, they constitute a new creative financial instrument that carries the same deceptive potential to bankrupt markets, as did the creative instruments peddled on Wall Street leading to the 2008 crash.

PEER is working with public servants to expose bogus offsets and encourage the adoption of verifiable and enforceable greenhouse gas reduction mechanisms. As a planet, we do not have the luxury to waste time on market ploys that mask continuing destructive practices.

Keeping the Clean in Clean Energy

Another focus of our project is to get the dirty out of clean energy programs. Many states have Renewable Portfolio Standards (RPS) designed to give utilities and other energy providers incentives to switch to “clean energy” sources. Unfortunately, many state definitions of “clean” or renewable are so loose as to defy belief. As a result, these so-called green programs often provide incentives to pollute. 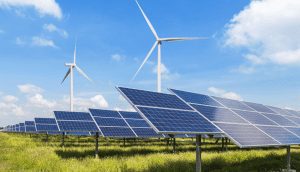 In Maryland, for example, dirty energy sources made up almost one-third of the sources it considered “clean energy.” These dirty sources include burning woody biomass, garbage, and other gases to produce electricity. Worse yet, records obtained by PEER show that Maryland ratepayers typically pay more for dirty energy sources than clean sources, such as wind and small hydropower, and that these dirty energy facilities have terrible environmental records. Besides the pollution they create, these dirty sources depress the market for truly green sources.

In what must be the most absurd example of a clean energy program going awry in the country, Maryland ratepayers buy credits from “other biomass gas” to subsidize operations at the Blue Plains wastewater treatment plant in Washington, DC, including its sale of a PFAS-laden fertilizer made from sewage sludge.

PEER is now policing state green energy programs to expose these dirty practices and persuade legislators to tighten up their standards. In Maryland, PEER is calling on Governor Hogan, Senate President Bill Ferguson, and House Speaker Adrienne A. Jones to work together to get these dirty energy sources out of the Renewable Portfolio Standard (RPS). Removing dirty energy sources from RPS programs would give consumers confidence that the premium they pay for renewable energy reduces pollution and addresses climate change.

Without transparency, climate programs lack credibility. That is why we are working to bring more transparency to clean energy programs. The lack of transparency in climate programs is a red flag for waste, fraud, abuse, and minimal consumer and climate benefits. Examples of this abound. Some states hide the actual source of the offsets and renewable energy credits sold into their state programs. Others accept dirty energy sources into their clean energy programs with minimal reporting about the toxic pollutants these sources release into the environment.

Our time is short and the climate math is too rigorous for us to rely on false solutions to the climate crisis. That is why we are launching our Climate Integrity Project. Let us know if you’d like to get involved.