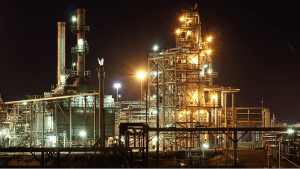 The allegations against the CDPHE implicate the air permit renewal for the Suncor Energy Oil Refinery in Commerce City. The draft permit was put together using the now-invalid 2010 guidance memo—PS Memo 10-01—under which air division employees were directed not to model certain short-term pollution totals, which was challenged by whistleblowers represented by PEER on March 30. Suncor has been operating under permits that expired in 2011 and 2017. The Colorado Air Quality Control Commission (AQCC) held two public hearings on the permit via Zoom during the first week of May, which were well-attended by advocates urging the AQCC not to renew the permit. Multiple commenters cited the whistleblower complaint and a concern that the Air Pollution Control Division is continuing to permit projected violations of EPA standards as part of why the Commission should deny the permit. On May 19, 2021, U.S. Representative Diana DeGette of Colorado’s 1st District wrote to CDPHE’s Executive Director expressing her own concerns about whether Suncor is capable of complying with applicable air quality standards.

Conservation groups hired an independent modeler to use the state’s own data and model Suncor. The results were as expected: the modeling analysis reveals that the Title V permitted emissions for the Suncor refinery would result in exceedances of both the one-hour SO2 and NO2 NAAQS.

The CDPHE has further failed to assess the cumulative impacts of multiple sources of emissions on air quality in the area north of Denver. PEER’s comments and communications with the CDPHE have highlighted that the neighborhoods of Commerce City are impacted by both the Suncor Oil Refinery and the Cherokee Power Plant, and the emissions for each have only ever been assessed individually rather than looking at their cumulative impacts on the area. The Cherokee Power Plant’s own air permit was also issued in 2012 under the now-defunct PS Memo 10-01 and did not include necessary air modeling, despite the environmental injustice of allowing the plant’s continued violations.

Suncor’s draft air permit should additionally not be approved given the refinery’s history of exceeding the pollution limits outlined in their long-expired permit. Between March 27 and April 22 of this year, the refinery exceeded limits 15 times on emissions such as hydrogen sulfide, carbon monoxide, and sulfur dioxide. Such overages are only the latest in a pattern of 108 malfunctions in five years and over 500 pollution spikes that exceeded limits in the last two and a half years. Further, Suncor has requested an increase to its permitted annual release of hydrogen cyanide—from 12.8 tons to 19.9 tons—which it exceeded in 2018. This request comes despite a lack of direct measuring or exposure studies to determine if the levels requested are safe, and the limit set by Colorado in Suncor’s permit allows the company to avoid reporting hydrogen cyanide emissions to the EPA.

Proceeding alongside the Suncor renewed air permit process, the company is seeking a renewal of their water discharge permit. Of increasing concern are the history of contamination by benzene plumes and a variety of other toxins into nearby Sand Creek, as well as contamination of water and wildlife by PFAS chemicals found in the fire-fighting foam used at the refinery. Suncor has reported to CDPHE that it currently holds 22,000 gallons of PFAS-containing foams on site. Releases of these chemicals can and do make their way into groundwater and drinking water, as water testing in the north metro Denver area has recorded high levels of PFAS and PFOS in drinking water sources. As of March 10, 2020, the EPA had only issued a notice that it would consider regulating PFOA and PFAS chemical levels in drinking water—a process that will not result in regulation for another 5 years. Further, following a 2017 petition that the EPA amend its Public Notification rule under the Safe Drinking Water Act so that it would require notice of water quality violations to parents and guardians of children and elderly adults served by the water system, the EPA responded in 2021 that the change “wasn’t warranted at this time.”

Colorado recently enacted narrative standards for PFAS and has indicted that it will add an enforceable PFAS limit to the Suncor permit.  However, the question remains, since PFAS are entirely man-made, why would the state allow Suncor to discharge any PFAS, that is set any limit higher than 0? PEER and other groups have expressed their concerns for these limits and requested among other things, weekly testing for these chemicals. On May 3, 2021, Clean Water Action sent a letter to CDPHE urging the agency to consider the cumulative impacts to water quality of the Suncor refinery and take action to eliminate PFAS contamination, such as utilizing alternative, non-PFAS firefighting foams.

The Suncor water discharge permit renewal process is made particularly concerning by the fact that the Water Quality Control Division of CDPHE has not considered the cumulative impacts of Suncor’s air and water discharges, let alone considered it alongside the impacts of other sources of pollution such as the Cherokee power plant and I-70.

CDPHE recently announced that they anticipate a draft water quality permit for Suncor will be available for public review in the fall of 2021, after which the department will hold a public comment period. Related materials from CDPHE can be found on their website and Google drive.