COMMENTARY | One of “Donald’s Children” 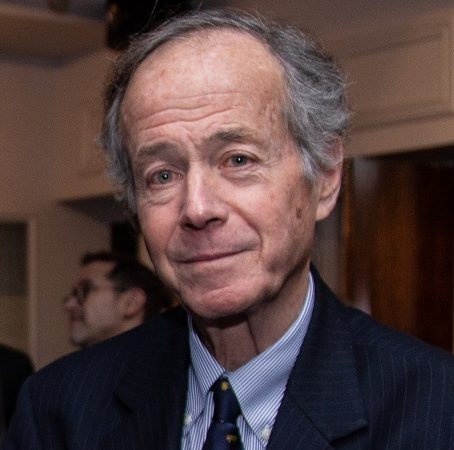 This week marked the passing of a great American, Donald K. Ross. Donald was a life-long activist, a former Nader’s Raider who helped develop the network of Public Interest Research groups (PIRGs) and was a pioneering philanthropist. He directed fundraising to help spawn a host of citizen groups dedicated to government accountability, justice reform, and environmentalism – one of which was PEER.

Called the “the Johnny Appleseed of his generation” by one colleague, Donald was always on the lookout for strategic change agents.

One day, he read an article about a U.S. Forest Service timber sale planner who was organizing his fellow employees to push back against clear-cutting and over-harvesting in national forests. That employee, Jeff DeBonis, had even started a non-profit group for activist USFS employees. Then heading the Rockefeller Family Fund, Donald immediately grasped the strategic value of harnessing the acumen and experience of the public’s paid experts to pinpoint official disfunction and identify the steps needed to better protect the environment.

Donald tracked down and then reached out to DeBonis suggesting his fledgling group would benefit from a grant. DeBonis replied “What’s a grant?”… and the rest was history.

A few months later, Donald help line up the funding for a national “Protecting Integrity & Ethics” conference dedicated to answering the question of how public employee activism could be taken beyond the Forest Service. The answer was the founding of a new group, Public Employees for Environmental Responsibility (aka PEER), to assist public employees at all agencies in all levels of government.

Donald served on PEER’s inaugural Board of Directors and stayed on our Board until we were well-launched. Next year, PEER will celebrate our 30th anniversary.

With his passing, it is only fitting, as just one of the many organizations Donald inaugurated, to express our gratitude for his vision, creativity, and solidarity. Speaking for myself, I will always be proud to be one of Donald’s children.