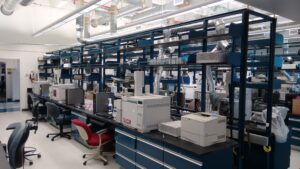 One of America’s premier science agencies, the U.S. Geological Survey has recently hit a rough patch. The latest bad news comes out of its National Water Quality Laboratory in Lakewood, Colorado. Thousands of test results have been falsified.

These falsifications took place from March 2019 to June 2020 and were committed by an overworked analyst who confessed that tight deadlines and staffing shortfalls drove his actions.  Although he said he acted alone, other employees told internal investigators that broader problems existed at the lab.  This caused USGS to retain a consultant firm, Neptune and Co. Inc., to do a full audit of National Water Quality Lab operations.

In its deep dive, the Neptune audit found that what had occurred was not mere fudging around the margins but that “the data under question show biases ranging up to 120,000% (this is not a typo) when compared to data that were properly generated.” (Parenthesis in original)

Further, the audit disclosed “It was made clear by many staff that they have strong doubts that data are being reported accurately to clients given the issues with input and output.”  These staff doubts did not rise to the surface due to the “perception of a culture of retaliation” at the lab:

“One of the strongest themes in staff interviews concerned an environment of favoritism and retaliation. Just shy of one-third of staff brought up this point when asked whether they are able to raise concerns within their unit, and many others raised the topic in other ways during their interviews. It is difficult to imagine the NWQL functioning well until that culture is replaced with one of collaboration and respect.”

The Neptune audit recounted instances of “undue pressure” such as –

However, in its public statements following release of the Neptune report, USGS tried to minimize the findings, saying they showed “the unethical actions of a single individual” and claimed that it was already taking steps to “resolve issues” at the lab by instituting training on “conflict resolution and team building.”  The agency did not mention the reprisal findings by Neptune.

Unfortunately, this same pattern of retaliation occurs at other USGS facilities. Suspect data from the USGS Energy Geochemistry Laboratory persisted for years before being confirmed by Interior’s Office of Inspector General. 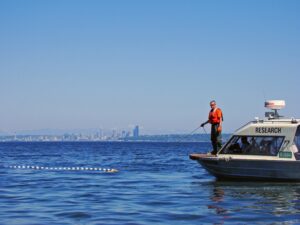 Meanwhile, in the agency’s wildlife disease labs, spills and breakdowns in animal care have compromised experimental results but the scientists who reported problems were driven out, just as they were at NWQL. There was also an abortive attempt to fire a manager of the Level 3 biosafety lab (the most secure lab dealing with deadly diseases) at the USGS Western Fisheries Research Center in Seattle after she reported a series of leaks and other major breaches of containment.

Notably, the three USGS wildlife disease labs are not independently accredited, as are the comparable labs at other federal agencies, such as CDC and EPA.  By making coverups futile, independent accreditation would eliminate or greatly minimize the professional risks that USGS scientists undergo to report problems.

Similarly, the Neptune auditors called for a “third-party, independent of USGS” to prevent the adverse actions taken against NWQL staff who had previously tried to sound the alarm.

In recent weeks, USGS has revealed that it has begun the process of obtaining independent accreditation at its National Wildlife Health Center in Madison, Wisconsin, one of the few labs in the country that experiments with the SARS-Covid virus in wildlife, as well as many other potent wildlife pathogens. USGS should not only complete this accreditation process but also extend it to all its research labs.

Third party review will help prevent future scientific scandals by providing a safe channel for USGS scientists to report problems without fear of reprisal. This overdue step is needed to preserve the reputation of USGS as America’s preeminent science agency.