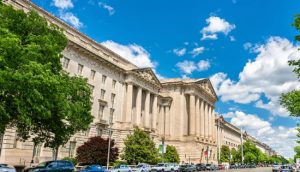 America’s major environmental laws have little changed for decades. The Clean Water Act, Superfund, and others are rooted in the last century. One major exception is one of the oldest, the Toxic Substances Control Act (known by its acronym TSCA pronounced like the Puccini opera), which received a major update in 2016 via the Frank Lautenberg Act (named for the late long-time New Jersey senator).

The Lautenberg amendments to TSCA were supposed to end the traditional laissez-faire U.S. approach to new chemicals, which were presumed safe until proven dangerous by creating public health and eco-chaos. Instead, EPA is now supposed to screen chemicals to prevent substantial and unreasonable risks from streaming unabated into the marketplace.

But the generational opportunity for reform the Lautenberg Act opened has, and continues to be, squandered by the feckless performance of EPA. The initial implementation took place under Trump, who put the chemical industry in charge of screening with the predictable results that thousands of chemicals were approved and not one denied.

Unfortunately, the advent of the Biden administration has not improved matters much.

Since this summer, EPA scientists represented by PEER have disclosed a stunning cascade of cases where agency managers removed critical hazard information from risk assessments of new chemicals prior to market release. Most of the key managers who made these indefensible alterations remain in place. They also keep in close contact with industry reps, who can dictate their actions.

In response to these internal disclosures through PEER and accompanying congressional inquiries, EPA’s Assistant Administrator for the Office of Chemical Safety and Pollution Prevention (OCSPP) Michal Freedhoff has announced a series of remedial steps that will likely do nothing to improve the situation.

For example, EPA hired a contractor to do a “climate survey” to assess the OCSPP’s problems and needs from the employees’ point of view. While these survey results may reveal how widespread the problems in TSCA are, they will not eliminate blatant scientific interventions or do anything to protect public health. These alterations of risk assessments were not an innocent misunderstanding – they were deliberate.

Like the prison warden in Cool Hand Luke who kept declaring that, “What we have here is a failure to communicate,” EPA’s shameful miscues are not due to a lack of communication. They are due to industry capture and corruption.

Another OCSPP reform is a rededication to EPA’s counterproductive Scientific Integrity Policy. The gaping flaws of this step are illustrated by basic failures such as –

In short, EPA tolerates corruption as the way things get done. That permissive posture should end now. Managers who egregiously weaken risk assessments should be immediately reassigned pending the outcome of the Inspector General investigation.

Rather than wasting its resources to stamp out dissent by whistleblowers, EPA needs to apply its organizational energy to cleaning up corruption in its management chain.

Kyla Bennett is a scientist and attorney formerly with EPA, Kyla is PEER’s Director of Science Policy as well as the Director of PEER’s New England field office.