COMMENTARY | Endangered Species Day: In Praise of the Combat Biologists

Endangered Species Day: In Praise of the Combat Biologists

This Endangered Species Day, as we celebrate the imperiled life that enriches our own and sustains our ecosystems, let us also celebrate the Endangered Species Act Section 7 biologists who work for the U.S. Fish and Wildlife Service and the National Marine Fisheries Service. These are the experts who write the consultations and biological opinions that recognize the threats to these species and then prescribe ways to protect them. Known to some as “combat biologists” because of the extreme pressure that they face, these tough civil servants are the unsung heroes of the Act’s successes. Most are Federal, my focus here, but there are also State equivalents. PEER has had some as our clients. 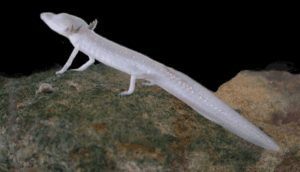 It is a thankless job telling a real estate developer or local government or rancher or pesticide manufacturer that their proposed new project or product would harm some obscure species like the Austin blind salamander or the American burying beetle and therefore must be changed. I’ve seen strong biological opinions that altered major dam operations to protect strangely-named, rarely seen desert fish like the razorback sucker and bonytail chub. They may not seem charismatic, like big furry mammals, but they are protected under the Act, so biologists with integrity still recognize the threats to them and write ESA protections accordingly. It is not as dramatic as going into the field and reintroducing the Mexican wolf or the California condor to save them from extinction. But words on a Section 7 opinion written by a competent biologist that can withstand a legal challenge are just as powerful. The work of combat biologists is frequently attacked in administrative proceedings and courts, so it must be excellent. 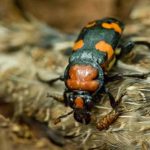 Sometimes the biologists are attacked by conservationists who wish that their opinions were stronger and more protective. However, generally, I’ve found that USFWS and NMFS biologists lean towards a precautionary approach to prevent extinction. That is the beauty of the Act: it has a mandatory standard of not jeopardizing a listed species with extinction. It is not a balancing act — Congress said you just can’t jeopardize. But where that line is drawn biologically has to be defined by someone – and it is the combat biologists who make those decisions that thread the fine line between life and death for species on the brink.

Under Republican and Democratic administrations, Section 7 biologists have hung in there. What makes a huge difference is the support they get from upper management in their agencies. I personally observed a great Republican Regional Director of the USFWS under the first President Bush be extremely supportive of the ESA biologists who worked under him. It was not about political party, it was about professionalism and integrity. Then, of course, there is ensuring decent working conditions and freedom from harassment, especially by the private interests or state or local officials who are unhappy with the combat biologists’ opinions. At PEER, we have heard accounts of such biologists being “hung out to dry” by their own agencies or commissions that oversee their work and exposed to industry stakeholders in unfair ways.

Bottom line: so long as we have strong laws protecting scientific integrity in allowing Section 7 biologists to do their vital work, our threatened and endangered species can recover. So, let’s thank the hardworking combat biologists and give them fair dues on behalf of the wildlife and plants they protect.