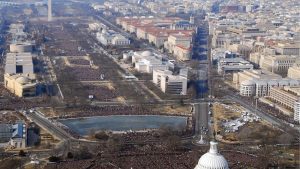 When Trump was first elected, I asked one federal manager what was going to happen to his environmental program. He replied, “I have no idea – we’re in the clown car to crazy town.”

How prophetic he was.

Bob Woodward’s new book depicts a White House as a mad house, with an emperor that has no clothes except for an extra-long tie. Meanwhile, an anonymous senior political appointee pens a New York Times op-ed claiming to be part of the “resistance” to an amoral, unstable leader whose “impulsiveness results in half-baked, ill-informed and occasionally reckless decisions.”  This is from a Trump appointee.

Trump and his circle think they are owed loyalty because of the offices they occupy – however temporarily.  They are mistaken. The law states that federal employees owe a “responsibility to the United States Government and its citizens” and their “loyalty to the Constitution, the laws, and ethical principles.”

Those are lofty words.  The reality is much harsher. Inside public agencies, political appointees have tools to torment civil servants who have limited defenses –

One civil servant alone fighting a government agency is an unfair fight. PEER’s job is to level the playing field. As the Scott Pruitt saga proved, civil servants have ways to push back, provided they have outside help.

When public servants who are protecting your health and environment are targeted, who they gonna call?   Help us meet this challenge.

Keep the Lands, Give Away Their Management

In an action that insults the expertise and experience of all federal wildlife managers, Interior Secretary Ryan Zinke directed that all protections for fish and wildlife stricter than state game laws should be rescinded unless required by law. Besides being a phenomenally bad idea, the shift raises questions as to why we even need a federal Interior Secretary; let’s outsource the job to the states.

Under pressure from Trump, the National Park Service doctored photos to give the impression his inauguration crowds were bigger.  The Interior Inspector General’s report on this crowd-size flap failed to mention this particularly pertinent fact, however. Asked to explain, an IG spokesperson said the cropping was not mentioned in the final report because the photographer told investigators this was his “standard artistic practice.” But investigators did not note this in their interview write-ups.  The Guardian uncovered it by obtaining and reading the backup documents. Some watchdogs are better at tail wagging than sniffing out.

Who Wrote the Report?

Last year then-EPA Administrator Scott Pruitt unveiled a detailed plan to revamp the Superfund program supposedly authored by an all-employee Superfund Task Force.  Members of the Task Force told us they had nothing to do with the report.  So, we filed a Freedom of Information Act request asking for meeting minutes, briefing materials, etc. As per usual, EPA ignored the request, so we sued. That suit forced EPA to finally admit that there were no antecedent documents, prompting us to label the report a product of “immaculate conception.” Now EPA’s Inspector General has picked up the issue and opened a probe. Hopefully, they can find which industry lawyers were the true authors.

Empty Suit to Head Our Parks

After a year-and-a-half, Trump has finally nominated a National Park Service Director. While his pick is an improvement over the political hack he installed as acting director he sure could have done better.

Nearly halfway through Trump’s term, nearly as many presidentially-appointed slots atop Interior remain vacant as are filled, leaving Interior to languish in malign neglect.

See how Zoe Kelman exposed major public health dangers from continued presence of airborne chromium at sites the State of New Jersey had declared to be clean.  Her courage in coming forward and challenging her own agency led to an eventual clean-up.