Losing Our Voice: The Attack on Public Health Science

In the flurry of activity to respond to the pandemic, public health officials and scientists have lost our voice. Many may not realize it, but our current pandemic may be the first in U.S. history that has been led, not by scientists, but by non-scientists in Offices of Public Affairs. Bureaucrats with no scientific experience are leading our nation’s response to the COVID-19 pandemic. Public health officials often appear in the background, for optics. 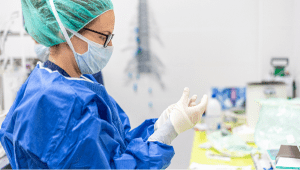 Scientists have not lost our voice suddenly, but have been silenced slowly, over 20 to 30 years. We have been gradually pushed to the side, so that some public health practitioners coming of age in 2020 may think that communication about emergency health problems controlled by an Office of Public Affairs is normal. It is not normal – it is dangerous.

It is dangerous because the public’s willingness to follow health advice depends on their trust in the source. Surveys document that people trust nurses and doctors for their health advice. This is why communications from the Surgeon General of the Public Health Service have been highly effective in the past. In the 1980s Surgeon General C. Everett Koop provided trusted advice about the AIDS epidemic and that was effective in implementing prevention. Today, the esteemed Surgeon General often appears to be used as a prop while the Office of Public Affairs directs the activity in the foreground.

It is also dangerous because the public’s health is put at risk. Public health professionals urged an early and aggressive response to the COVID-19 epidemic, but the timing and cadence of their proposed response was apparently delayed by senior administration officials. We often have witnessed delayed and inadequate responses to chronic disease epidemics in this administration (recall the slow and partial response to the epidemic of childhood lead poisoning, as EPA ignored the advice of their own doctors and scientists in the Office of Children’s Health Protection), but this is the first major infectious disease epidemic in which the scientists play a limited role or are overruled.

Yet only the doctors, nurses and scientists have the expertise and operate in a community that knows the limitations of their own knowledge, have peers to review their work and as a result avoid proclaiming possible “cures” that may be nothing more than hypotheses. Health professionals have nothing to gain by painting too rosy a picture of potential drug therapies.

Who gains when an Office of Public Affairs leads an epidemic response? Those who have something to sell: whether medicine, an instrument, a theory, a political affiliation, conspiracy theories, or a candidate.

The well-organized attack on the science community is not merely an assault on scientists but science and the truth. Instilling fear of doing their job does not bode well for the future of science. The science community must build stronger alliances, mobilize the public, and organize to recover their voice, publicize an agenda, and lead the public health response to this epidemic.

The author of this article is an Anonymous Agency Scientist. All communications with PEER are confidential and public servants can choose to work as “anonymous activists” so that public agencies must confront the message, rather than the messenger.