Washington, DC —The National Aeronautics and Space Administration’s (NASA) embrace of a new generation of supersonic air transport may preclude the aviation industry from meeting its goals of carbon neutrality, according to Public Employees for Environmental Responsibility (PEER). This month, NASA’s half-billion investment is slated to culminate in the launch of its QueSST (short for Quiet Super Sonic Technology) X59 jet in partnership with Lockheed-Martin.

The disruptive noise from sonic booms led to a ban on commercial supersonic flight over land in 1973. By developing quiet technology, NASA hopes to revive the moribund supersonic era that ended 20 years ago with the final flight of Concorde.

Although supersonic air travel is significantly faster, it is far more fuel consumptive, burning 7 to 9 times more fuel per seat-km flown than the subsonic baseline. This means the carbon footprint for supersonic flight will be much greater than for current conventional airlines. In addition –

Despite the dip in air travel during the height of the COVID pandemic, fuel burn and greenhouse emissions are expected to at least double from 2019 levels by 2050 and could consume one-sixth of the planet’s 1.5-degree Celsius carbon budget unless action is taken. To that end, the U.S., the European Union, and other nations have committed to a net-zero aviation sector climate goal.

“The resurrection of supersonic aviation could cause a major climate reversal in aviation,” stated Pacific PEER Director Jeff Ruch, pointing out that if supersonics operating on low-carbon e-kerosene represented less than 1% of all traffic it would increase the medium-term radiative forcing of global commercial aviation by two-thirds. “NASA’s aeronautics division appears to operate at cross-purposes with the many climate change programs of its atmospheric division.”

With ticket prices averaging $12,000 for a round trip from New York to London on the Concorde, supersonic travel will be available only to the wealthy. In this regard, NASA’s supersonic program conflicts with the goals of the Biden administration’s Justice40 Initiative to ensure disadvantaged communities receive the benefits of new and existing federal investments. “The benefits of supersonic transport will be confined to the very rich for the foreseeable future,” added PEER Litigation and Policy Attorney Colleen Teubner, noting that the noise and pollution impacts will also likely be concentrated in low-income areas surrounding airports. “Ultimately, investing in supersonic jets will cause greater transportation inequity and frustrate climate and environmental justice goals.”

Look at the carbon and other eco-impacts of supersonic flight 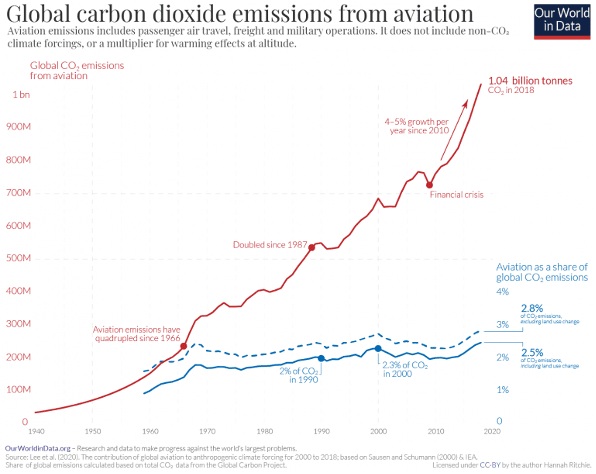