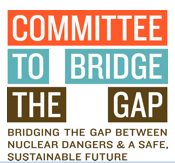 Washington, DC — The Nuclear Regulatory Commission jettisoned a far-reaching plan to allow disposal of radioactive waste in local garbage dumps not licensed or designed for such material.  The reversal reflects not only overwhelming opposition but failure of the NRC staff to gauge the proposal’s real-world impacts, according to Public Employees for Environmental Responsibility (PEER) and the Committee to Bridge the Gap (CBG), which led opposition to the plan.

As the pandemic descended on the U.S. in March, NRC unveiled a proposed “interpretative rulemaking” to eliminate longstanding requirements that radioactive waste be disposed of in licensed radioactive waste sites meeting detailed safety standards and subject to NRC inspection and enforcement.  Instead, NRC would grant generic exemptions for unlicensed waste handlers.

While NRC declared its “intent” that these newly exempt disposal sites would be limited to “very low-level radioactive wastes,” the NRC admitted there was no statutory or regulatory definition of such waste.  Alarmingly, the definition NRC proposed would have allowed essentially all waste from decommissioning or operating nuclear reactors, except the fuel, to be disposed of in landfills instead of licensed radioactive waste disposal facilities.

“Faced with huge blowback, the NRC has had to abandon its ill-conceived proposal to deregulate most radioactive waste – virtually everything from a reactor except its spent fuel – and allow it to be disposed of in regular garbage dumps designed for rotting cabbages rather than plutonium.” said Daniel Hirsch, CBG President, noting that the NRC received thousands of comments, admitting the “vast majority of these comments opposed” the proposal. “This radical deregulation proved too much, even for the Nuclear Deregulatory Commission.”

Besides opposition from environmental and community groups, the NRC cited sharp opposition from “Agreement States” – states with regulatory authority to license and regulate nuclear byproduct materials in partnership with the NRC.  States would have been left holding the “hot” bag of where to put rad-waste. The NRC plan’s sole ally was the nuclear industry.

“We are glad the NRC took a step back from what would have been a disastrous precipice,” stated Pacific PEER Director Jeff Ruch, pointing to the massive flood of affected waste flowing from the more than 100 commercial nuclear power plants which are beginning, or will soon start, the decommissioning process. “This represents a rare ray of regulatory responsibility among a cascade of rollbacks.”

###
Look at the NRC announcement

See the PEER comments and the NRC proposal