PEERMail | Out of Sight – Not Out of Mind 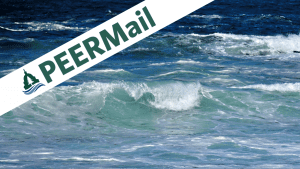 Until enactment of the Marine Protection, Research and Sanctuaries Act (also known as the Ocean Dumping Act) in October 1972, the U.S. routinely dumped high-level radioactive, medical, and other military and industrial wastes into the sea. As a result, America’s coasts are lined with a legion of large “legacy” dumps.

The U.S. Environmental Protection Agency is supposed to monitor and manage these sites to minimize any further harm to the environment or public health.  Yet, the quality of EPA site management is bringing new questions to the surface. In particular, PEER is looking at two ocean dump sites that EPA has put back into play.

One is a huge toxic barrel field in waters just 20 miles outside Boston that is being inundated with tons of sediment dredged from Boston Harbor.

This dump site is directly adjacent to the Stellwagen National Marine Sanctuary, an area important to critically endangered right whale and many other species.  It also abuts an active commercial fishery.

EPA has allowed the U.S. Army Corps of Engineers to place 11 million cubic yards of dredged material from Boston Harbor right on top of the barrel field. One claimed benefit of the new dumping is to “physically isolate” contaminants from the barrel field. However, PEER is raising concerns that this scheme does not hold water because –

Despite the many uncertainties, EPA approved the dredge dumping with a “Finding of No Significant Impact.”

Now that these issues have surfaced, the EPA is being called on the carpet to explain itself. These actions reveal that U.S. policy was, and evidently still is, that chemicals dumped into the ocean are out-of-sight and thus out-of-mind.  We cannot continue to think our coastal waters as an unending source of dilution providing a solution to pollution.

More on the second dump site in a follow up edition of PEERMail.

Holding EPA’s and other public agencies that are supposed to protect us feet to the fire is a vital part of PEER’s job. Help us do it even more and more often. Join Us!

Unclear on the Concept of Biosafety. Who knew that microbiology could be a high-risk discipline? Just look at the travails of Eveline (Evi) Emmenegger, who is being targeted because she keeps reporting breakdowns in two high-level bio-containment laboratories operated by the U.S. Geological Survey in Seattle.

Evi has reported that the labs have released dangerous viruses and pathogens into the environment. In addition, equipment breakdowns have threatened the health of researchers, the integrity of their research, and the welfare of their animal subjects.

In classic kill the messenger mode, USGS has now proposed to fire Evi on grounds so preposterous they are difficult to describe. Yet, even as it persecutes a distinguished scientist with a heretofore spotless record, USGS has balked at adopting decisive corrective measures to prevent or mitigate biosafety breaches.

PEER is defending Evi as well as other public servants who are under attack for doing their jobs even when doing that job becomes politically inconvenient.

As the coronavirus gains a foothold across the globe, eyes are now are turning to Trump Administration’s skewed priorities that have left the U.S. government unprepared to address basic issues of national security and public health.

In early February, as the spread of the coronavirus was beginning to accelerate, the Trump Administration proposed a 19 percent budget cut to the Centers for Disease Control and Prevention, including 13 percent cuts to programs under the category of “emerging and zoonotic infectious diseases,” of which the novel coronavirus is one. This is part of a three-year pattern of proposing massive cuts to federal programs designed to protect public health and the environment, not only at the CDC, but also the Environmental Protection Agency and the Department on the Interior.

These cuts come from an Administration that tried to ban CDC officials from using words such as “evidence based” and “science-based” in official documents and whose leaders have toyed with various forms of verbal jujutsu to try and avoid using the term “climate change,” while deleting meaningful information from on climate change from government websites.

We are all paying the price for our government’s narcissistic and incompetent behavior.

Conscious that they have an image problem, the beef industry has launched a marketing campaign to depict the beef industry as modern, technologically savvy, and environmentally sustainable. Funded by a $1 per head fee paid by beef producers when cattle are sold and run by the National Cattlemen’s Beef Association, the campaign is called “Rethink the Ranch” and features videos and paid ads on topics including greenhouse gas emissions and the environmental impact of raising cattle.

So much for truth in advertising. 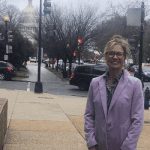 Colorado is in Town!

Our PEER Field Staff is incredibly busy serving their regions. But every now and then they’re able to join us in the DC area. Rocky Mountain PEER Director, Chandra Rosenthal, was in town this week as a guest of the Environmental Defense Fund. She attended meetings with other environmental organizations and spent Wednesday meeting with Colorado Congressional representatives to talk about whistleblower protection, pollution and public lands. Thanks for being such a great advocate for PEER and for the Rocky Mountain Region!