PEERMail | What’s Next On Scientific Integrity?

What’s Next On Scientific Integrity? 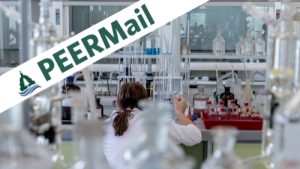 The memorandum states the administration’s policy to “make evidence-based decisions guided by the best available science and data” and vows that “scientific findings should never be distorted or influenced by political considerations.” This is a welcome change after Trump’s successful efforts to assert his political dominance over all facets of government, including its scientists.

However, scientists did not suddenly get cast aside during the Trump administration. Instead, their influence in government has been gradually silenced over the last four decades as powerful economic interests, such as the oil and gas sector, chemical industries, and big agricultural interests, asserted increasing influence over all aspects of government decision-making.

Restoring scientific integrity in the federal government will be a key PEER priority in the coming year. Our work will not be easy.  Those powerful interests that have weakened and degraded science in this country will not go away. That is why we will be engaging the administration at every point in this process, making sure it does not backslide on its commitment to protect scientific findings from political distortions and making sure that the voices of government workers are heard throughout the process.

PEER is raising concerns about the secrecy surrounding biocontainment breaches at federal labs that spread pathogens and endangered staff safety, while compromising animal welfare and the validity of experimental results. These concerns have come to light through the work of a whistleblower represented by PEER. Read more»

PEER, working with a coalition of environmental groups, is asking the Environmental Protection Agency to resolve the state’s non-compliance with National Ambient Air Quality Standards, or face litigation. The state’s failure to control pollution at coal power plants is causing these violations and endangering the health of Colorado’s residents. Read more»

Backing Off Santa Susana Clean Up

PEER is outing efforts by California to quietly enter into confidential negotiations with Boeing Company that would eviscerate an agreement requiring a full clean-up of the highly polluted Santa Susana Field Laboratory, one of the country’s most contaminated sites. Since 2007, the lab has been under a legally binding clean-up agreement requiring restoration of the site by 2017, yet groundwater and soil clean-up has yet to begin. Read More»