Proposed Definition of ‘Habitat’ Could Spell Trouble for Marine Life

What do right whales, loggerhead sea turtles and the western snowy plover have in common? All three of these species ply the waters off America’s coasts, and all face pressure from climate change. And soon, the Trump administration could undermine one of the federal government’s strongest tools to help them adapt. 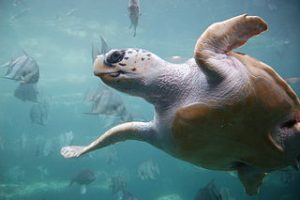 The U.S. Fish and Wildlife Service and the National Marine Fisheries Service have proposed two new definitions of the term “habitat” for purposes of the Endangered Species Act. Either one could make it much harder for federal agencies to protect these aquatic species in an age of warming oceans. Now, PEER has joined with dozens of other environmental organizations to fight back.

In a Sept. 4 public comment on the proposed rule, PEER and 43 other groups cried foul at “the Services’ proposed definitions of ‘habitat’ due to the harmful and unprecedented effect they would have on agencies’ abilities to conserve and recover [Endangered Species Act-] listed species.”

For nearly 50 years, habitat protection has been one of the Endangered Species Act’s (ESA’s) main tools for nursing at-risk plants and animals back to health. When a species is listed as endangered or threatened under the Act, the U.S. Fish and Wildlife Service must designate its “critical habitat” – areas “occupied by the species at the time it was listed, that contain the physical or biological features that are essential to the conservation of endangered and threatened species” as well as “areas that were not occupied by the species at the time of listing but are essential to its conservation.” Federal agencies – and the companies and landowners they do business with – must avoid destroying or harming these zones.

Now, the Fish and Wildlife Service is preparing to add a new first step to this process. A 2018 U.S. Supreme Court decision required the agency to determine whether an area is “habitat” before designating it as “critical habitat.”

To this end, in August the agency proposed adding two possible definitions of “habitat” to the ESA:

Neither of these definitions would go far enough to protect endangered and threatened species, because neither would allow the Fish and Wildlife Service to designate habitat – or, by extension, critical habitat – in areas that species don’t occupy now, but might need to survive in the future. This could become a glaring omission as climate change drives species into new areas – and demands that government biologists predict where they might go, and what they might need, in designating “habitat.”

If the federal government can’t designate a species’ future range part of its habitat, the ocean life that PEER and its allies have fought to protect could feel the pain. 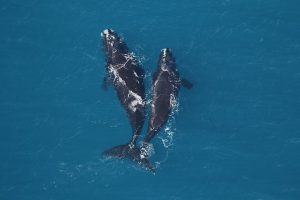 Case in point: the North Atlantic Right Whale, a “critically endangered” cetacean whose numbers have been whittled down by whalers and, more recently, ship strikes and entanglements in fishing gear. In 2016 the National Marine Fisheries Service designated two patches of “critical habitat” off the U.S. East Coast. At several points in its decision, PEER’s comment noted, “the service acknowledged that special management considerations or protection may be required to protect the essential features of North Atlantic right whale critical habitat due to future climate change impacts.”

“The agency was able to perform this evaluation and analysis because there is no regulatory requirement that an area have ‘existing attributes’ to support the species,” it continued. “Both of the Services’ proposed definitions would seem to eliminate consideration of these [migration] corridors.” The groups that co-authored the comment also highlighted Atlantic Salmon, loggerhead sea turtles and western snowy plover as species that could lose out under the proposed rule.

The public comment period closed on September 4, and PEER’s comment remains under consideration. As with the nearly 100 other environmental rules that the Trump administration has sought to or attempted to roll back, PEER and its partners will continue to monitor this action and determine an appropriate response.

“We ask the government to end its proposed attack on our most effective extinction prevention law,” the comment concluded, “and to instead attend to the urgent needs of our public and our ocean; neither is served by undercutting the very laws meant to protect them.”

Patrick Reilly is a 1L student at Georgetown University Law Center, volunteering with PEER through Georgetown Law’s pro bono program. Prior to law school, Patrick worked as a newspaper reporter in Montana and earned his undergraduate degree in History from the University of Chicago.