In its January 20th Executive Order, the Biden Administration committed to reduce our nation’s greenhouse gas (GHG) emissions, as well as to restore and expand our national treasures and monuments (see Executive Order on Protecting Public Health and the Environment and Restoring Science to Tackle the Climate Crisis | The White House). Both protecting natural areas and reducing GHG emissions demonstrate a concern for future generations.  However, President Biden may find that tensions can emerge between these two goals, such as when considering where and how to site renewable electricity generation on public land.  (See Biden faces tough climate balancing act on public lands – The San Diego Union-Tribune.) 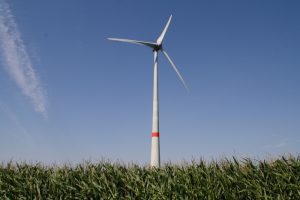 Promoting large scale renewable power production on public lands would contribute to our country’s ability to meet ambitious obligations under the Paris Agreement. When the U.S. signed onto the Paris Agreement under President Obama, it pledged to lower its emissions by at least 26% by 2025 compared with 2005 levels, when the US emitted 6,132 million metric tons of carbon dioxide.  As the nation re-enters the agreement, countries are updating their “nationally determined contributions,” or pledges to reduce emissions. If Biden wants the U.S. to regain a measure of global leadership, he might take this opportunity to strengthen our nation’s goals. Renewable power generation on public lands would facilitate implementation of GHG reduction goals under existing statutory authority.

The Obama Administration was bullish on large scale renewable power projects on public land (Powering Up Renewable Energy on Public Lands | U.S. Department of the Interior (doi.gov). Such projects on public land have some clear benefits, one of which is control over how the land is used. The federal government owns large tracts of land that receive high solar insolation, have strong wind regimes, and/or have known geothermal resources. Legal issues associated siting on with private land are not relevant, and remote locations reduce the risk of noise and visual impacts annoying local residents. Moreover, some types of renewable power projects can potentially co-exist with current uses, such as wind turbines and cattle grazing on BLM land.

At the same time, renewable power generation, like all forms of power production, does impose environmental impacts. The impacts from established renewable power technologies (i.e. photovoltaics, solar thermal, wind turbines, geothermal turbines, hydropower, and biomass combustion) are often site-specific.  For example, impacts from wind farms include interfering with view sheds, migratory bird mortality, and noise. Impacts from solar farms include long term dedication of a large land area and the use of heavy metal in manufacturing PV panels.  Issues that have arisen previously with leasing of public land include impacts on endangered species, archeological and historical sites, as well as loss of public access for recreational purposes due to fencing.

Moreover, the value of intact ecosystems in combating climate change cannot be understated. Lands, like oceans, are a critical link in the carbon cycle, continuously removing carbon dioxide from the air and storing it for long periods above or below ground. Besides serving as carbon sinks, some public lands are also important as buffers against increased climate variability.

Since the Biden Administration has committed to being transparent, consultative, and science-based, here are some principles for it to consider in deciding whether, where and how to site renewable power generation:

The modular characteristic of some renewable power technologies, such as photovoltaics, makes them available in either utility-scale or distributed forms.  This characteristic offers the potential for siting power generation facilities close to where power is needed. All else equal, this reduces the cost, efficiency losses, land requirements, and environmental impacts associated with generation and transmission infrastructure. Distributed power systems can also be located where they can offset particularly high costs of distributing power to utility customers.

Given that distributed renewable power generation is unlikely to fulfill all of the de-carbonization needed from the U.S. power sector, utility scale renewable generation facilities can and must be sited responsibly.  For example, GIS and related technologies can identify potential sites on brownfields and other land uses that have already been subjected to human disturbance.

Conducting lifecycle analyses (i.e. manufacturing, construction, operation, decommissioning) can help make more valid comparisons among impacts from different power sources.  Also, given that a primary rationale for deploying renewable power is to offset CO2 emissions, it may make sense to compare impacts (for example, land area required) from different renewable sources with tons of avoided CO2 resulting from the power they generate.

Besides substituting renewables for fossil power production, net GHG emissions can be controlled or offset by other means such as a) reducing energy waste in buildings, transportation, and industry; b) storing carbon in plants and soil; and c) shifting to low-carbon food systems and land use patterns.  The Biden Administration should establish priorities among these measures based on their potential GHG reduction.  For an example of such analyses, see Project Drawdown.

Consultation and outreach will be key with local communities and tribes who have been often cut out of the decision-making process on energy issues.  Given decreasing levels of trust in institutions, including science and government, it will be important for such processes to pre-establish common bases of information around siting studies.  And even with participants sharing a common knowledge base, consultation processes should encourage a range of values to be expressed and considered.

Fortunately, experts in government, academia, and nonprofit conservation groups have already given considerable thought to how to address competing climate mitigation and ecosystem preservation objectives.  Here are some information resources on siting renewable power production:

Keith Kozloff is a Guest Contributor

. He is an environmental economist previously with the federal government.