BLOG | The Risks of Paying for Agricultural Greenhouse Gas Sequestration

The Risks of Paying for Agricultural Greenhouse Gas Sequestration 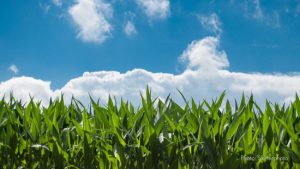 On January 27, President Biden issued his Executive Order (EO), Tackling the Climate Crisis at Home and Abroad. It includes numerous positive provisions that should bring the U.S. back into the forefront of efforts to stop global warming. As PEER supports the implementation of the Biden EO but also watchdogs it, our goal is to find and reveal any hidden dangers or scams that could result from the several new Federal programs it creates. It is not going to serve any environmental ends and will hurt the battle against global warming if the programs don’t produce real greenhouse gas (GHG) reductions and waste taxpayer money. One area of our concern is the generally popular idea of finding ways to pay farmers for sequestering GHGs, such as carbon dioxide, methane, and nitrous oxide. Releases of these GHGs are associated with many agricultural practices. Indeed, farming and ranching together cause 10%–14% of global human-caused GHG emissions.

Thankfully, the Biden EO reinforces the need to address many of PEER’s concerns:

(b)  The Secretary of Agriculture shall:

(i)   initiate efforts in the first 60 days from the date of this order to collect input from Tribes, farmers, ranchers, forest owners, conservation groups, firefighters, and other stakeholders on how to best use Department of Agriculture programs, funding and financing capacities, and other authorities, and how to encourage the voluntary adoption of climate-smart agricultural and forestry practices that decrease wildfire risk fueled by climate change and result in additional, measurable, and verifiable carbon reductions and sequestration and that source sustainable bioproducts and fuels; and

(ii)  submit to the Task Force within 90 days of the date of this order a report making recommendations for an agricultural and forestry climate strategy. (emphasis added)

“Encouraging” farmers, as the EO calls for, typically means providing a subsidy, tax credit, or other payment for adopting a practice. Indications are that the Biden Administration will propose a “carbon bank” to handle such payments. Numerous powerful entities, ranging from the American Farm Bureau Federation to The Nature Conservancy, are cooperating on pushing for GHG reduction payment programs. A broad drive among corporations to become “net neutral” is getting them to support such programs.

Of course, to deserve payment, they have to be practices that the farmer would not just do anyway. In GHG parlance, that means that the reductions on farms must be additional, as the EO states. To actually aid in the battle against global warming, the GHG reductions would need to be permanent. It would not be helpful to sequester carbon in the soil if it just would be re-released the next year. Leakage occurs when the effect of a sequestration project is to shift emissions elsewhere. For example, this can happen when a payment scheme reduces crop harvesting in one area but leads to increased (leaked) compensatory production of the same crop elsewhere to meet demand. There is also a concern about crop switching, in which the economic incentives provided by a profitable payment program cause farmers to switch to the more GHG-emitting crop. Of course, for the system to work, the overall net reductions have to be verifiable.

There has been a fairly raging debate about the value of agricultural GHG reduction claims, particularly if they are to be used in the offset markets. Offsets occur when a GHG emitter (entity A) pays someone else (entity B) to reduce B’s emissions equivalent to an agreed amount that A will continue to emit. Offset markets can be either voluntary or associated with legal compliance, the latter typically in “cap-and-trade” settings. California has the only active such “compliance offset” market. It is managed by the state’s Air Resources Board (CARB). Under its unique cap-and-trade program, which launched in 2013, the state’s largest sources of GHG emissions are required to meet the regulatory emission caps. To contain costs, up to 8% of the compliance obligation of capped entities can be met with CARB-approved offsets.

That Board takes a very close look at claimed offsets, requiring strong indicia of reliability. In the last seven years, CARB has approved only extremely limited agriculture offsets. It should be noted that CARB accepts offsets from projects that are located around the country, not just California. It has only two currently-approved agriculture project types, both aimed primarily at methane reduction:

The multitudinous voluntary offset markets, such as one might pay an airline to offset the emissions associated with a flight across the country, are not well-regulated and they may accept claims of agriculture GHG sequestration. However, a review of the many different kinds of projects claiming to provide GHG reductions in the American Carbon Registry, reveals only two non-rice, non-livestock, agriculture projects that are active out of 440 projects it lists. And that Registry does not guarantee the creditworthiness of any of the listed projects.

The USDA needs to recognize the current lack of verifiability of most agriculture GHG sequestration claims and take a “CARB-like” approach before making or endorsing payments for farm-based emissions projects. Detailed protocols verifying sequestration can typically take years to develop, and they should go through independent expert review. Otherwise, it can be money down the drain, but no CO2 down the drain.

USDA’s climate programs were largely dormant under former President Trump. With ramped-up activity under the programs in the new Administration, everyone will benefit if the focus is not just on more subsidies for massive commodity crop farms (mostly corn and soybeans), which already are imposing nationwide damage in terms of reduced water quality, high pollinator mortality, destruction of biodiversity, conversion of natural habitats, and widespread pesticide harms to humans and wildlife. A broader-focused USDA program of encouraging not only verified GHG sequestration, but also more “conservation reserve” lands, reducing pesticide use, and improving the health of the soil, water, and marginal areas around farms, could go a long way toward restoring the ecological and economic viability of rural America.