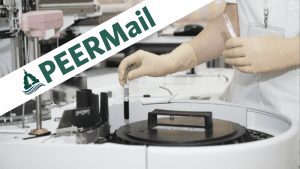 The Trump administration has taken its anti-science agenda to a whole new level.

Last week, PEER released an analysis of scientific integrity policies within the Federal government. These policies are supposed to report research misconduct—but in the past several years, very few such reports were made, and of these almost none were investigated and even fewer sustained.

It is not surprising then that almost every day new stories break about the work of scientists under attack. Scientists working on environmental and public health issues are often harassed, reprimanded, demoted, or fired when their work contravenes political ideologies or threatens corporate interests.

The administration has even taken to physically moving agencies and departments with little notice, unilaterally rewriting union agreements, and mocking Congressional oversight – all in an effort to minimize, suppress, and marginalize voices that do not parrot the official line.

The number of government employees coming to us for help is greater than ever. They know that we will be there for them – fighting alternative facts, supporting science, and taking on some of the toughest environmental challenges facing the country today.

Stay tuned – the next few months we’ll be very busy. Thank you for your support.

In 2017, the Office of Surface Mining Reclamation and Enforcement ordered the National Academies of Sciences, Engineering, and Medicine to stop all work on a study of health risks for people living near surface mine sites in Central Appalachia.  A PEER FOIA and subsequent litigation have revealed that no knows (or no one wants to reveal) who made the decision to pull the plug on the study.  It seems top Interior officials can execute anonymous orders. Read more>>

The Federal Aviation Administration is vowing to curb excessive air tours buzzing over national parks starting this summer, according to sworn declarations submitted in a lawsuit brought by PEER. This new pledge belies its failure to establish a single air tour management plan as required by law. Last year saw more than 47,000 park overflights mostly concentrated over a dozen parks. Some parks, such as Hawaii Volcanoes, are besieged by constant year-round helicopter noise, with as many as 80 flights a day. Read more>>

The National Park Service (NPS) does not even know how many cell towers it has, improperly issues approvals for building towers, and fails to collect money owed by telecoms, according to a new Inspector General audit. While the NPS promises to fix these problems, PEER charges that these lapses are multiplying rather than abating. Private companies are permitted to use park land and resources to benefit their commercial subscribers. “In short, the IG found that the Park Service is illegally subsidizing the telecom industry to the detriment of the parks.” Read more>>