2021 United Nations Climate Change Conference, also known as COP26, wrapped with stark reminder from world leaders of the need to regulate greenhouse gases to avoid the worst-case scenarios of climate change. While carbon emissions got a lot of well-deserved attention, many environmentalists are also concerned about Sulfur Hexafluoride. SF6 for short, is an inert gas used in electricity grids, manufacturing, and mining. Besides being extremely stable and easily detectable, it is also the most potent greenhouse gas known to exist. The synthetic compound has 23,000 times the ability to trap heat than carbon dioxide and is nearly impossible to break down, remaining in the atmosphere for over 3,000 years. And it is subject to almost no federal regulation outside reporting its use above certain amounts. 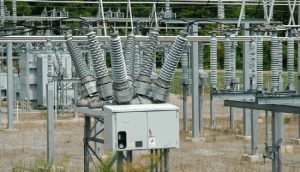 For a while it appeared the United States was on track to limit the use of this potent greenhouse gas. In 2007, the Supreme Court ruled in Massachusetts v. EPA that a recalcitrant EPA must regulate greenhouse gases emitted from vehicles. The court reasoned the Clean Air Act required the agency to regulate “any air pollutant from any class or classes of new motor vehicle engines which… may reasonably be anticipated to endanger public health or welfare.” The majority noted global sea levels had already risen between 10-20 centimeters, causing flooding and coastline loss, injuring the state of Massachusetts and endangering public welfare.

The inevitable lawsuits from companies that wanted to continue polluting followed, culminating in Utility Air Regulatory Group v. EPA. In its decision, conservative justices overturned the agency’s rules that regulated greenhouse gas emissions from non-vehicle sources. Scalia wrote the majority opinion, ruling that since Congress did not call for the regulation of non-vehicle greenhouse gases by name, the EPA had exceeded its authority. He declared that the court was “not willing to stand on the dock and wave goodbye as EPA embarks on this multiyear voyage of discovery” of what should and should not be regulated. The court was apparently happy to make that decision for them: nothing should be regulated that isn’t a car.

While this decision left standing the vehicle regulations from Massachusetts, it effectively stopped all federal limitation of SF6 use. Sure, it would face some limits if it came from a tailpipe, but it doesn’t. 71% of SF6 emissions in the U.S. are from the electricity grid alone. Ironically, the move towards greener energy means there will be an increase in the use of SF6 as the demand for electric power over fossil fuels grows. By 2030, global usage is expected to balloon by 75%. Most infuriatingly, this is a manmade gas. It occurs nowhere in nature. Though it remains cheap to use and produce, less harmful alternatives are available. Continuing to produce and use SF6 is an active choice to damage the climate.

There have been positive steps outside of the federal government. In 2011, California adopted strict standards for SF6 emissions. Part of the legislation targeted the electrical grid specifically, setting a ceiling for SF6 emissions rates from “gas insulated switchgear” at 10% in 2011, and reducing it annually to the current rate of 1%.

Given the Supreme Court’s refusal to allow the EPA to write regulations to control the greenhouse gas emissions from SF6 usage, the only avenue left to tackle this problem federally is for Congress to pass legislation. Seeing as billionaires haven’t figured out how to secede from the planet quite yet, maybe they’ll let Congress have this one, if only to give them more time to reach escape velocity. I honestly think if we pitch it like that we could win.

Myles Lawrence-Briggs is a legal intern at PEER and a law student at CUNY Law.