On January 21, President Biden issued an extensive Executive Memorandum to department heads on the issue of scientific integrity. 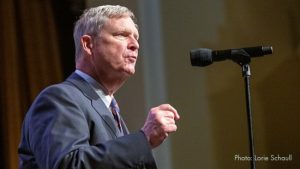 One federal agency that conducts much important scientific work is the U.S. Department of Agriculture. USDA’s scientific work helps farmers and consumers, and covers topics ranging from pesticides to Prairie Potholes. So, it was a bit surprising that Biden’s nominee for USDA Secretary is Tom Vilsack, the person who had that job for eight years under Obama.

Vilsack is a vigorous booster of agri-business and a guy that companies like Monsanto had on speed-dial.

Consequently, during his tenure, Vilsack made sure that the USDA did not say a discouraging – or even cautionary – word on topics such as genetically modified crops, ultra-potent insecticides (such as neonicotinoids), and routinely interfered with scientific work that big agriculture found bothersome. Under Vilsack, USDA scientists pointed to numerous examples of directives not to publish data on certain topics of particular sensitivity to industry and other actions that seem to be the antithesis of the Biden scientific integrity pledge.

Nor were examples of Vilsack’s ham-handed tactics hard to find. Surely, the Biden transition vetting team should have seen the cover story of The Washington Post’s Weekend Magazine on March 3, 2016, that profiled how Vilsack and his top aides drove a top entomologist out of the USDA, largely for his work on the role of insecticides in the decline of monarch butterflies and other wild pollinators.

So, why did Biden want to bring Vilsack back? Well, they have known each other for decades. Vilsack was an Iowa official who supported Biden’s first presidential bid 30 years ago.