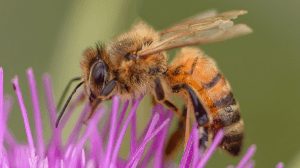 With roughly 40 percent of insect life threatened with extinction over the coming decades, the Environmental Protection Agency (EPA) continues to gamble by keeping powerful insecticides that Europe has banned, registered in the United States. The main chemicals at issue, indeed, the most widely-used insecticides in the U.S., are the neonicotinoids: Imidacloprid, Clothianidin, Thiamethoxam, and other variants. They have product names like Poncho, Gaucho, CruiserMAXX, and Acceleron. Predominantly, they are applied as “systemic seed coatings,” meaning they get coated directly onto major crop seeds – corn, soybeans, cotton, and so on – before the seeds are bagged. When they are sold and planted they are absorbed into the growing plant, rendering the whole plant poisonous to insects.

However, a large portion of the chemical coating sloughs off the seed. This happens during the planting process, when the seed coating chemicals get abraded and mix with the talcum powder-like lubricants that are used to make machine-planting go smoothly. The resulting mini-cloud goes into the air and then onto the surrounding land and vegetation as deadly “dust off.” It also happens after planting, when runoff and other natural processes pull most of the neonic chemical compound off the seed into the soil or water.  Worse, neonics persist in the environment much longer than most other insecticides, where they exert sweeping chronic toxicity.

And birds and other critters eat the seeds – that poisons them directly. Voluminous bird kill evidence now proves neonic seeds can be deadly. The threats to honey bees and farmland birds in Europe such as skylarks, turtle doves, and red-legged partridges – whose populations are crashing – is ultimately what drove EU regulators to ban neonics. The ban came despite concerted pesticide industry opposition and lawsuits and despite the fact that the two largest neonic manufacturers – Bayer and Syngenta – are themselves European companies. 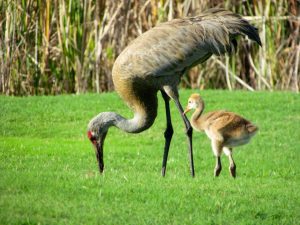 Yet, thanks to EPA, there is no U.S. ban and there are very few restrictions despite our disappearing insects, our own species of seriously declining farmland birds, and many virtually-sterilized rural ponds, streams and other waterways. The bottom line is that EPA is ignoring the long-term ecosystem damage that neonic seed coatings cause. Through restrictive policies the agency has largely exempted neonic seed coatings from mandatory label directions and from enforcement for their misuse.

Our commercial beekeepers are literally on the front lines of the resulting unenforced exposures. Though suffering massive mortality – far higher than beekeepers did before neonics came in – they use often ingenious strategies to try to keep their hives alive. But, many have gone out of business and beekeeping and honey are now rare commodities across America’s Farm Belt, where most neonic use occurs.

Human health is also a concern due to food, water, and air exposures. Almost every study that looks closely finds greater risk to health at lower concentrations of the neonics compared to the information EPA relied on back when it approved them. Water quality safety benchmarks are being tightened slowly as the agency belatedly realizes that it underestimated the dangers of this pathway – and just as new evidence shows neonics are now common in almost every rural waterbody.

Overall for pesticides, because of our lax regulatory approach, the United States now has far more approved products than are in Europe. According to a recent study, EPA continues to allow 85 pesticides for outdoor agricultural use that are now banned or in the process of being completely phased out elsewhere, including 72 pesticides in the EU, 17 in Brazil, and 11 in China. That is shocking –  a broad indictment of our system of allowing intolerable risks to go unchecked – just like automatic weapons and unregulated greenhouse gasses. Our libertarian policies are literally killing us.

EPA is very good at closing its eyes, applying filters to published information, and seeing environmental science through a narrow viewpoint of what it has pre-determined to be valid, a limitation of the agency’s own creation. EPA works under an antiquated, pro-industry law that dates to 1947, the Federal Insecticide, Fungicide and Rodenticide Act (FIFRA). It is  straightforward under FIFRA to register a new product and almost impossible to get a product off the market once it is registered (see the Chlorpyrifos debacle). There is a Congressionally-mandated re-registration process that aims for full reviews of all existing registrations every 15 years, but that process is way behind schedule and underfunded   .

Pesticide overuse is one environmental and health risk we can reverse tomorrow if we just have the willpower. The EU did it for neonics because the science was so strong. But, reforming FIFRA and EPA itself will be needed to reverse the pesticide crisis in this country.