PEERMail: Why Does Ryan Zinke Have to be Such a Putz? 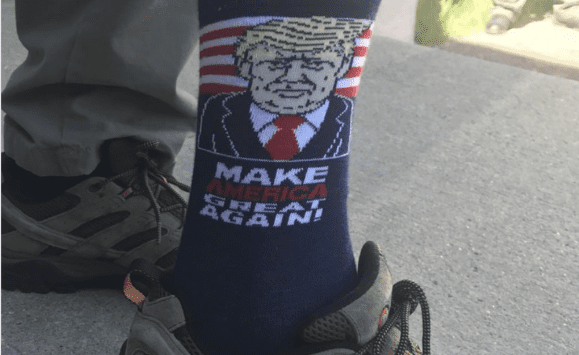 We thought Ryan Zinke was supposed to be the sane Trump cabinet member but perhaps that has become a contradiction in terms.

In response to the raging wildfires in the West, Interior Secretary Zinke told Breitbart News that “environmental terrorist groups” are to blame. Really? He did not name the groups, or the places, or explain how they could stop anything unless they proved in court there was a violation of law.

But labelling opponents as terrorists? C’mon. Zinke appears to have lost whatever ability he had for disagreeing without being disagreeable.

Then he went on Fox Business to say that climate change “has nothing to do” with the catastrophic size of the fires. He even performed his “global warmist advocate” routine at a cabinet meeting with Trump egging him on. His performances are reminiscent of the Scott Pruitt fawning right-wing media tours – not a good model.

When pressed by reporters, Zinke shifted tacks and said the solution was to utilize “the best science.” Huh? It is safe to say that science has not been the strong suit for any part of the Trump administration.

More specifically, for the past two years, Trump and Zinke have tried to eliminate the Joint Fire Science Program, a multi-agency (including Interior) research initiative on how to improve forest management.

Later, Zinke did an about-face and admitted that climate change is a driving dynamic for the explosion of Western wildfires. But then, he zig-zagged to state that climate change is “irrelevant” because the key is better “forest management.” This from the guy who is the planet’s largest forest manager. So, is Zinke the problem? No, but he certainly is not the solution.

Just as Trump repeatedly claims he is the “least racist person” out there, Zinke’s tag line is “No one loves public land as much as I do.” Both doth protest too much.

Interrupting a recent speech at a conservative Freedom Conference fundraiser, a protester demanded he “acknowledge that climate change is causing and accelerating wildfires.” Zinke responded by yelling back in a surprising fury:

“You know what? You haven’t served and you don’t understand what energy is. I’d like to see your child have to fight for energy.”

His press office declined to explain what Zinke meant but the subtext is clear. Those who oppose his agenda are “radicals” or “terrorists.” They are enemies to be rooted out, not reasoned with. There can be no benefit of the doubt when everything expressed as a certainty, no matter how ill-founded.

Zinke constantly references his years in the Navy and it seems that he has yet to evolve from a military mindset to that of a civilian leader, especially one in a very complicated job where assets like nuance and reflection are valuable. He wants his employees to “salute the flag” – meaning his flag.

For public servants inside Interior, this means any conscientious dissent requires they cast a profile in courage. For those who dare, PEER is dedicated to stand behind them. Join us.

If Zinke is really devoted to “the best science” why does he have his kindergarten classmate and high school football teammate screening Interior’s $5.5 billion scientific grant portfolio? Steve Howke has no scientific background, but he does have a bachelor’s in business administration and has spent his entire career working in a credit union in Whitefish, Montana. His current title is Senior Adviser to Interior’s acting Assistant Secretary of Policy, Management and Budget. PEER has launched a small flotilla of FOIA requests for documents on how Steve’s pawprints are affecting Interior’s science funding. We expect to have to go to court to get answers.

Florida is a clean water basket case. Toxic red tides along Florida’s coasts and deadly green algae blooms in freshwaters are decimating fish and marine mammals, such as Florida’s iconic manatees. Since July, more than 300 tons of marine life, including a 26-foot whale shark, have washed up on Florida beaches. While both red tides and green algae blooms are natural, seasonal phenomena, they have multiplied in size, duration, and toxicity, propelled by rising levels of pollution.

While Gov. Scott has declared a state of emergency, his own role in this eco-disaster deserves further scrutiny. PEER has done a series of reports documenting that under Scott, pollution enforcement has fallen to a 30-year low. No effort is made to stop billions of pounds of manure from washing into Lake Okeechobee, fueling an algae bloom factory. Unless there is a radical change in Florida’s pollution control posture, the only green that state will see is in the mats of toxic algae choking its lakes, rivers, and lagoons.

While Florida’s problems are extreme, across the country, America is losing the war for clean water. Recent PEER reports show that more than two-thirds of our lakes, reservoirs and ponds are impaired. And, as many of us head to the beach for the Labor Day weekend, they are likely to find their coastal holiday destinations under severe eco-stress, with more than two-thirds of our ocean coastal shoreline waters are impaired, along with more than three-quarters of our bays and estuaries. Happy Labor Day.